America does not face one covid-19 crisis, but rather dozens of different ones. A few places have been walloped; others remain unscathed. So far, sars-cov-2 has claimed most of its victims in areas where it has spread the fastest. Lockdowns have geographically contained most outbreaks. However, once social distancing is relaxed, the virus will accelerate its spread, and could infect a majority of Americans. If that happens, the places it hits hardest may not be those it struck first. Instead, the vulnerability of local populations will determine its death toll in each region.

Covid-19’s true infection-fatality rate (ifr, the share of infected people who die) is unknown, because most carriers are not tested. However, testing is more common for people whose cases are bad enough to endanger their lives: in New York 67% of people with covid-19 on their death certificate had tested positive. If the share of people without grave symptoms who still get tested were similar everywhere, places with high case-fatality rates (cfrs)—the death rate among people testing positive—would be likely to have high ifrs as well.

In fact, testing practices vary widely. And given two states with the same rate of infections and deaths, one that tests only the severely ill will report a higher cfr than will one that tests more broadly. However, within any given state, testing protocols are likely to be more uniform. As a result, we have built a model to identify the traits shared by counties with cfrs far above or below their own state’s average—and predict which places not yet ravaged by the virus will suffer most if it arrives in earnest.

Some factors that affect viral spread also predict the cfr. It tends to be higher in cities than in rural areas, and lower where social distancing, as measured by traffic to workplaces and transit stations, is greater. One explanation is that health-care quality drops when caseloads surge. Places with few intensive-care-unit (icu) beds also have high cfrs, bolstering this hypothesis.

However, demography is just as important. Places with older residents and more diabetes, heart disease and smoking have higher cfrs. Race and income also play a role. Counties with lots of poor or black people tend to have more health problems, less social distancing and fewer icu beds. Yet cfrs in such areas are even higher than you would expect from these factors alone.

Together, these variables leave a geographic footprint. If covid-19 does infect most Americans, the highest death rates will probably not be in coastal cities—whose density is offset by young, healthy, well-off populations and good hospitals—but rather in poor, rural parts of the South and Appalachia with high rates of heart disease and diabetes. Worryingly, the three states that announced plans this week to relax their lockdowns (Georgia, Tennessee and South Carolina) are all in this region. ■ 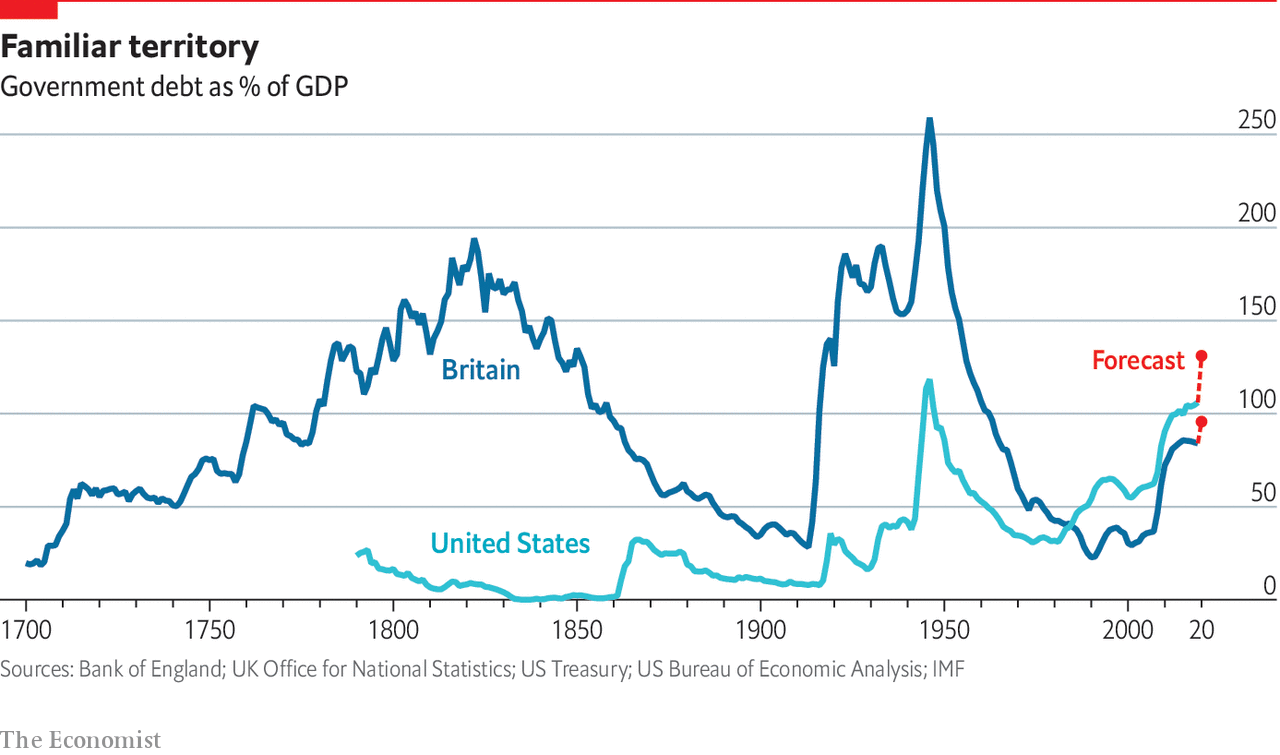 Daily chart
Why is America’s best journalism published at the end of the year? 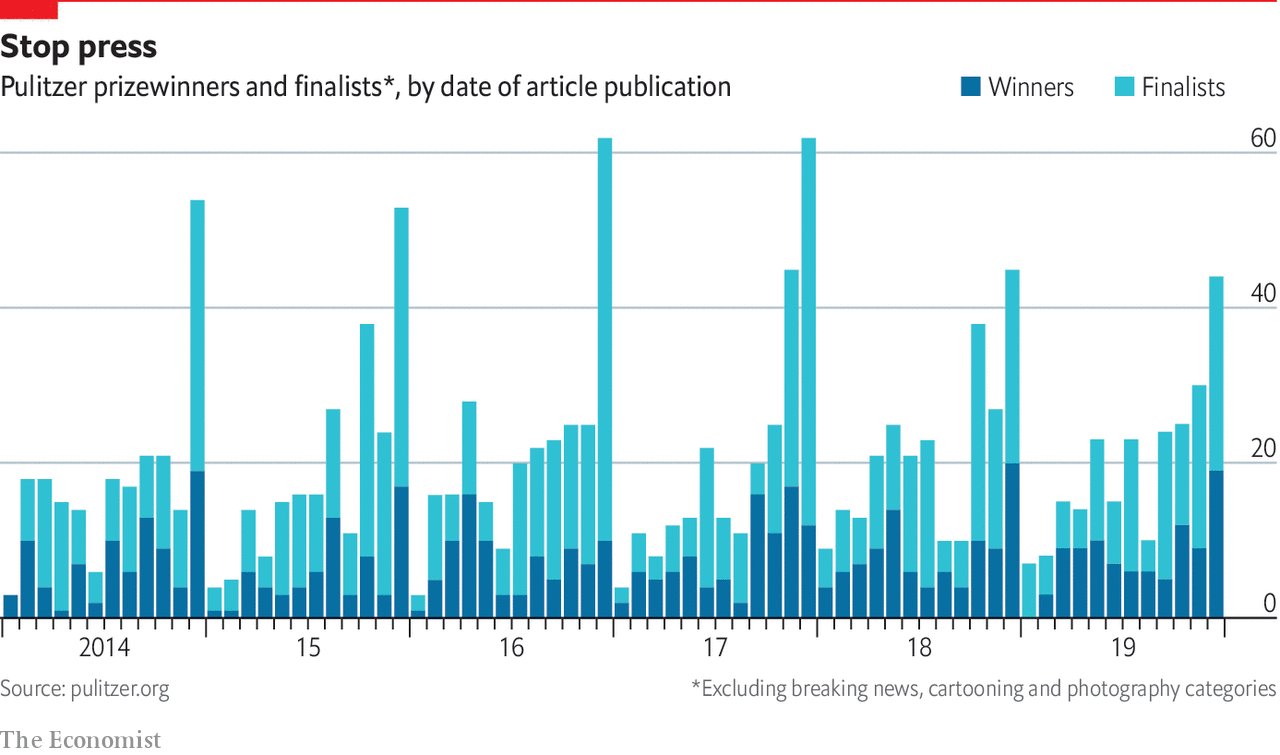 Before their time
Would most covid-19 victims have died soon, without the virus? 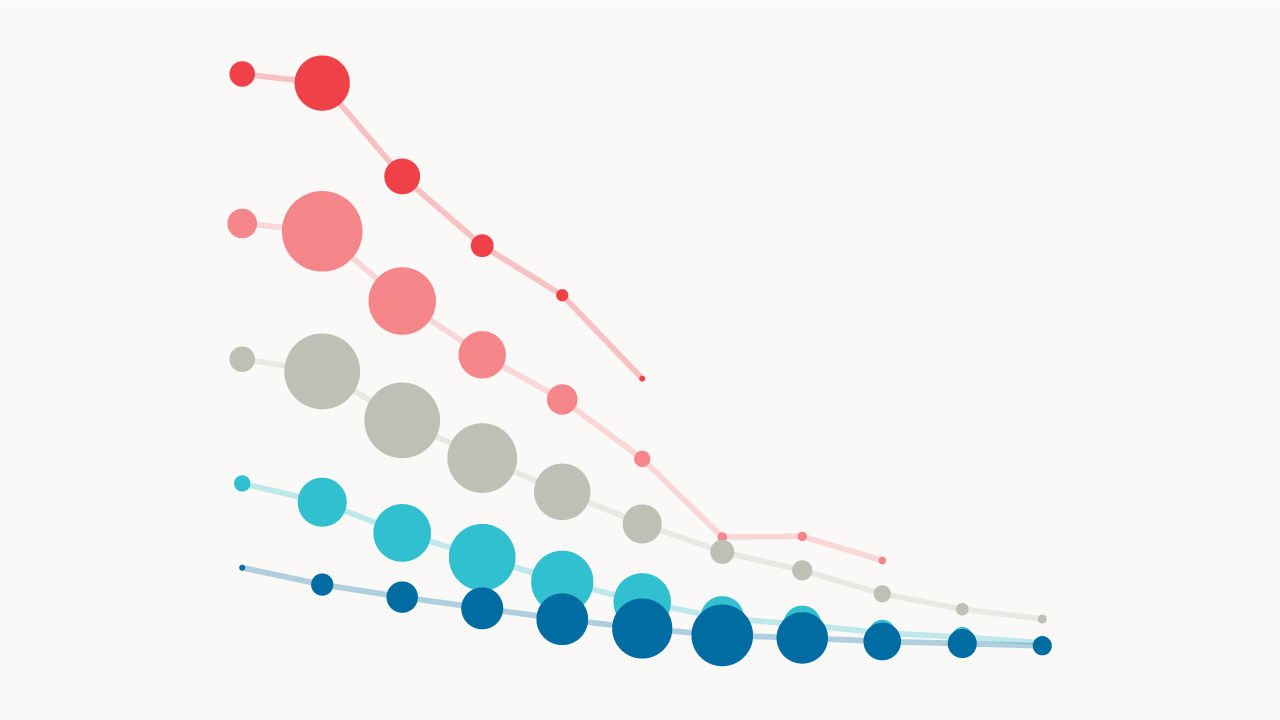