“I think it’s unlikely that any condition in the body is one where the microbiome isn’t involved.” That is the considered opinion of Iain Chapple, one of the speakers at this week’s meeting of the American Association for the Advancement of Science (AAAS), held online this year instead of in Phoenix, Arizona, as originally planned. Dr. Chapple was, until 2020, head of dentistry at Birmingham University, in Britain, and is still an active researcher in the field. Mouths are notorious breeding grounds for hostile bacteria, as anyone who has ever had a toothache can attest. But even a healthy mouth is inhabited by lots of bugs (pictured above).

Enjoy more audio and podcasts on iOS or Android.

Meanwhile, at the other end of the alimentary canal, the large intestine contains so many microbes that they probably outnumber the cells of the human body. Both bacterial populations have coevolved with their hosts for millions of years, so Dr. Chapple is almost certainly right about the intimate connection between them and the body. A pair of sessions at the AAAS discussed some of the latest relevant findings.

Dr Chapple has been seeking a link between gum disease and rheumatoid arthritis. In periodontitis, to give gum disease its proper name, the number of bacteria in the crevice between a tooth and its surroundings rises from thousands to millions. The gums being well supplied with blood vessels, such bacteria can hitch a ride to the rest of the body. This fact has been linked not only with arthritis, but also with diabetes, Alzheimer’s disease and, according to Purnima Kumar of Ohio State University, who helped to organise the session in question, over 50 other conditions.

Rheumatoid arthritis comes in many forms, but all involve the immune system attacking the body’s joints. Dr Chapple’s studies indicate that Porphyromonas gingivalis, one of the hitchhiking bacteria, can provoke such a reaction. The next step, he suggests, is to look at a group of arthritis-free individuals who have periodontitis and see whether they subsequently develop arthritis more frequently than average members of the population.

The arthritis link is still tentative. That with diabetes is not. Bacteria associated with periodontitis have long been known to disrupt the body’s ability to absorb glucose, resulting in the heightened levels of that sugar in the bloodstream which are diabetes’s distinctive feature. The connection seems to work the other way around, too. High glucose levels disrupt the body’s inflammatory system, leading to a host of complications, including gum disease.

In new research, Dr. Kumar has mapped networks of connections between various bacterial species and the components of the immune system with which they interact. She has done this in three groups of people: those with periodontitis, those with both periodontitis and diabetes, and those with neither. Her work has shown that these networks break down completely in people with both diseases. That limits the immune system’s influence and prevents it cleaning house. Treating people’s periodontitis boosted their networks, but did so more slowly in those with diabetes.

Both the arthritis and the diabetes connections are interesting. But the most intriguing possible connection of all is that between periodontitis and Alzheimer’s disease. Mark Ryder of the University of California, San Francisco, thinks they are linked by substances known as gingipains. These cause the entanglement of neuronal proteins called tau. Tau tangles are a symptom of Alzheimer’s, and people with this illness have high levels of gingipains in their hippocampi, a pair of brain regions involved in memory formation. Small-scale trials suggest that gingipain inhibitors may improve cognition, but bigger samples are needed for conclusive results. Dr Ryder has therefore launched a trial involving 570 patients, the results of which are expected by the end of the year.

An army marches in its stomach

At the other end of the alimentary canal, evidence is accumulating of a connection between the microbiome and another neurological illness, Parkinson’s disease. This started with the observation that many people who develop Parkinson’s first experience digestive difficulties such as constipation. That prompted the discovery that certain species of gut bacteria are often present in abnormally large numbers in those with Parkinson’s.

One such species is E. coli (see below). This is a common bug, but according to Timothy Sampson, a researcher at Emory University School of Medicine in Atlanta, Georgia, only in Parkinson’s patients is it found attached to the inner surface of the colon. The protein it attaches itself with is called Curli, and Curli bears a strong similarity to alpha synuclein, a protein the accumulation of which in the brain causes Parkinson’s-related symptoms. Molecules of alpha synuclein spur the production of more of their kind, and this accelerates the spread of the disease, so this discovery has provoked speculation that Curli-bearing E. coli could be provoking the body to behave in self-destructive ways.

Dr. Sampson has tested this hypothesis in mice. He bred a strain of E. coli that cannot make Curli and injected mice with it, while injecting others with unmodified bacteria. Those that received Curli-producing bacteria expressed higher levels of synuclein and demonstrated symptoms like involuntary rigidity which, when seen in people, are associated with Parkinson’s disease. That is tantalising. Should this result hold up in future trials, Dr Sampson hopes it might be possible to identify those who are susceptible to Parkinson’s long before they begin to show symptoms.

Digestive troubles also seem linked to autism—a link strengthened when Sarkis Mazmanian of the California Institute of Technology studied the gut floras of people with autism and identified elevated levels of several relevant bacterial products. Speaking at the meeting, Dr. Mazmanian discussed his research on one of these substances, 4-ethylphenol (4ep). This is transformed by the body into 4-ethylphenylsulphate (4eps). In studies in mice, he has shown that 4eps activates brain regions linked to emotional behaviours and may also reduce connectivity between neurons in important ways. He and his team claim, as well, that mice with 4ep-producing bacteria in their guts display social behaviour which mirrors symptoms of autism in human beings. In particular, the animals seem more anxious (they are more likely than their peers to hug the walls of an enclosed space), and less sociable (their communicative squeaks are shorter).

This work is controversial. Some have questioned the statistical robustness of Dr. Mazmanian’s earlier papers; others, the very notion that murine behaviour can say anything useful about a complex human condition. Overcoming that second objection means experimenting on people. And this is what Rosa Krajmalnik-Brown of Arizona State University is doing. Having found that certain microbes are consistently absent from children with autism, she and her team attempted a wholesale repopulation by emptying the guts of several autistic infants of their resident flora and inoculating fecal enemas taken from healthy contemporaries.

This study yielded intriguing results. The diversity of microbes in her patients’ guts increased throughout a ten-week period of treatment. That led to positive consequences which remained in some children even two years after the treatment had finished. As might be expected, their gastrointestinal symptoms abated. But their behaviour improved, too.

Dr. Krajmalnik-Brown is well aware of the limitations of this investigation. For one thing, it involved no controls, so the possibility exists that she was observing a placebo effect. Nor were food journals kept for the children after the initial treatment had concluded, so a change in diet may have been responsible for the positive results. She hopes to correct some of these gaps in larger trials that are now under way with the aim of getting regulatory approval for the procedure as a form of treatment. She also hopes to make therapeutic microbial cocktails in the laboratory, rather than relying on natural samples.

One further matter of interest in the microbiomes at opposite ends of the alimentary canal is the extent to which they interact. Does the mouth, for instance, dictate which microbes make their way down to the gut? Or does it wield its influence only when the microbiome in the gut allows it to do so? Or is there no link at all? At the moment, these are questions without answers. But mapping the microbial connections between the canal’s two ends will surely provide material for many conferences to come. ■

Go with your gut—the hidden secrets and powers of microbiomes 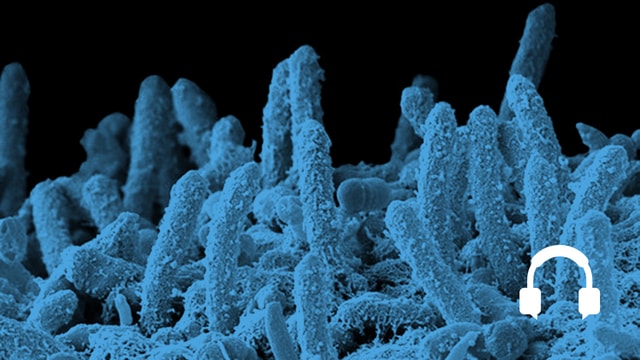 An English ruling on transgender teens could have global repercussions 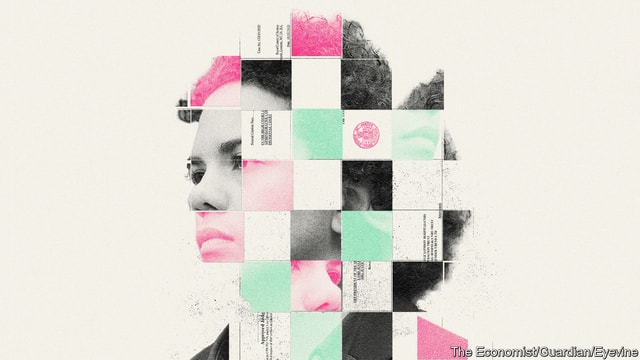