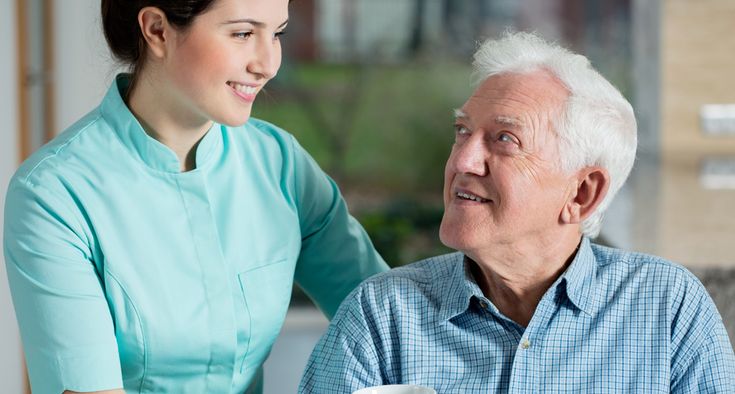 In the medical world, the terms “Alzheimer’s” and “dementia” are often thrown around, often interchangeably. However, they refer to two different things – one of them being more a category, the other being a specific disease.

While many of the symptoms – including memory loss and confusion – can occur in dementia diseases as well as Alzheimer’s, there are some differences. Knowing what they are can help doctors properly diagnose the problem and administer any available treatments. Here are 12 ways to differentiate between dementia and Alzheimer’s…

According to Healthline, dementia is a syndrome, unlike its counterpart Alzheimer’s, which is a disease. A syndrome, notes the source, is when a group of symptoms doesn’t lead to a specific diagnosis. “Dementia is an overall term used to describe symptoms that impact memory, performance of daily activities, and communication abilities,” notes the source.

The site acknowledges that symptoms can “overlap,” but it’s important to treat them as separate entities to best address them medically and otherwise. Both young and elderly people can develop either dementia or Alzheimer’s (although the latter is much common in seniors – more on that later). 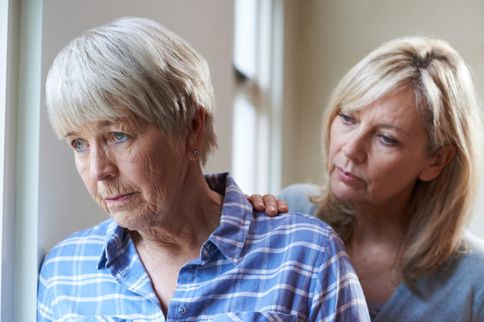 Types of Dementia That Aren’t Alzheimer’s

You Can Have More Than One Type of Dementia

While Alzheimer’s actually falls under the dementia umbrella, the Alzheimer’s Association in Chicago notes there’s something called “mixed dementia,” which is when “abnormalities linked to more than one cause of dementia occur simultaneously in the brain.”

The source notes that studies have shown this may occur more than previously thought. This mixed version often involves Alzheimer’s along with what’s known as vascular dementia, which was once known as “post-stroke” dementia and is characterized by impaired judgment and difficulty organizing (as opposed to memory loss). 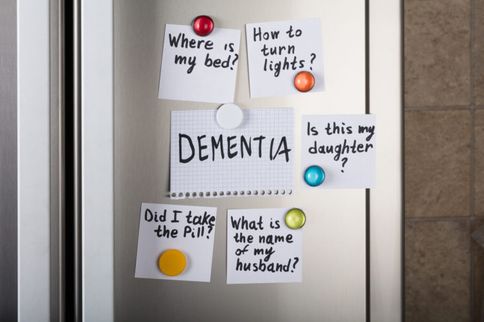 Other Diseases Can Trigger Dementia

While Alzheimer’s is a disease unto itself, dementia symptoms could result from other diseases, notes Alzheimers.net. For example, according to the source, common causes of dementia are Huntington’s Disease, Parkinson’s Disease and Creutzfeldt-Jakob disease.

The latter example (Creutzfeldt-Jakob) is actually a fatal neurodegenerative disease, while Huntington’s results in the death of brain cells (and often emerges in patients in their 30s and 40s, while dementia is often regarded as a condition of aging). Those who have Parkinson’s – most often associated with shaking – will typically develop dementia over a long period of time following the initial diagnosis. 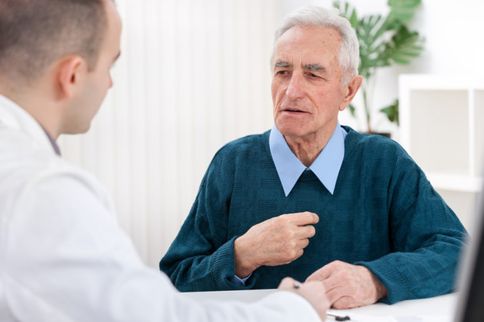 Alzheimer’s is Not Reversible

Alzheimers.net explains that once someone is diagnosed with Alzheimer’s, the outlook is quite grim. “It is degenerative and incurable at this time,” notes the source. Sources note the average life expectancy of a patient following a diagnosis of Alzheimer’s is about eight to 10-years.

Meanwhile, adds the source, there are some causes of dementia (not already mentioned) such as a negative drug interaction or a vitamin deficiency that can actually be reversed with the right diagnosis and treatment. “Until a proper diagnosis is made, the best approach to any dementia is engagement, communication and loving care,” adds the site. 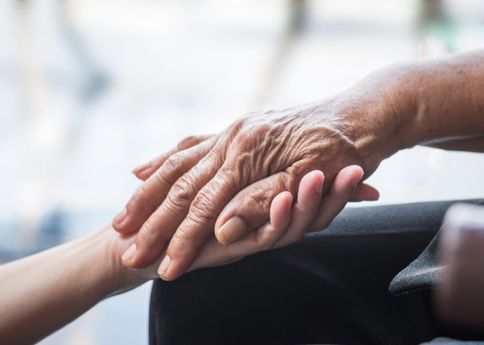 A blog post from The Mayo Clinic explains there can be some “clear differences” between Alzheimer’s and other forms of dementia in the early stages. One form of the syndrome called dementia with Lewy Bodies (which can mimic symptoms of a variety of diseases) does not have the memory loss associated with Alzheimer’s, the clinic explains.

Dementia with Lewy Bodies is actually the second most common form of dementia (following Alzheimer’s), notes the source, and instead of forgetfulness can be marked early on by hallucinations and confusion. However, the source explains as dementia progresses, it can be more difficult to distinguish one type from another. 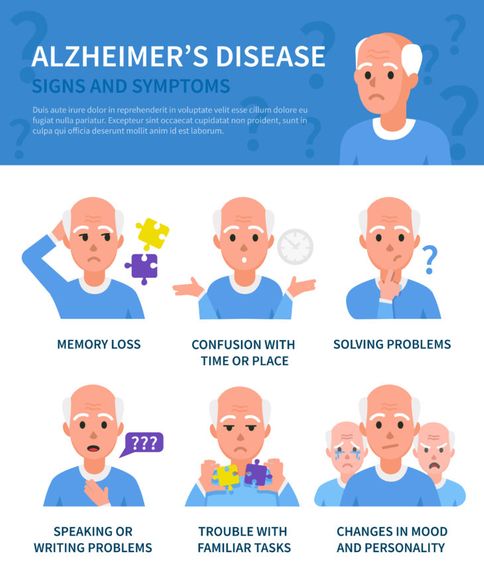 When Memory Loss Has Nothing To Do With Alzheimer's

The Onset Age Can Be Different

The Mayo Clinic says that a whopping 95-percent of Alzheimer’s patients are aged 65-or older (that’s based on its assertion that only 5-percent of patients develop what is known as early-onset Alzheimer’s before age 65).

However, as noted earlier, some other diseases that can develop earlier in life can lead to dementia, so symptoms can show up in middle age. However, among younger people (at least in the UK), Alzheimer’s is still the most prevalent form of dementia, followed by vascular dementia, notes youngdementiauk.org. 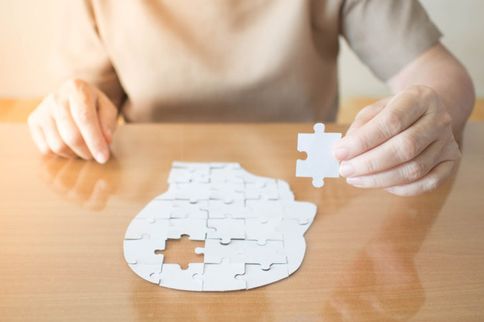 Alzheimer’s Can Cause Physical Impairment

As Healthline points out, there are a few similarities between “regular” dementia and Alzheimer’s, including cloudy memory, impacted cognitive skills, and trouble communicating properly.

However, Alzheimer’s can go beyond just a decline in memory or thinking capabilities, adds the source. The disease can cause the patient to have trouble swallowing, as well as difficulty walking in the later stages. 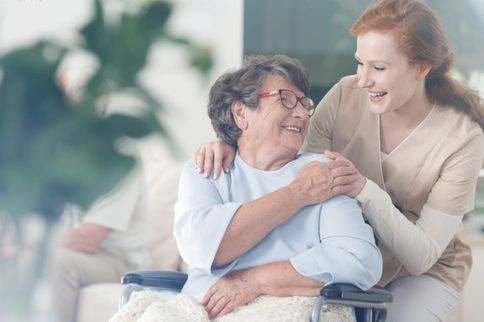 You Can See Alzheimer’s Up Close

In the case of Alzheimer’s disease (and another type of dementia called LBD, which we’ll get to), medical professionals can actually see changes to the brain tissue under a microscope, says the National Institute on Aging.

The source says beta-amyloid proteins form between neurons, which is associated with the disease. It notes that one form of these proteins in particular, called beta-amyloid 42, “is thought to be especially toxic,” and that abnormally high levels of the protein leads it to clump and form plaques that interfere with cellular function. 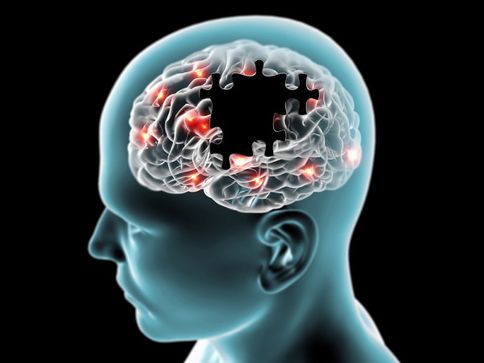 The Diagnostic Process May Differ

There can be more involved in arriving at a diagnosis of Alzheimer’s versus other forms of dementia. Aside from reviewing your medical history and ruling out other conditions, you might be evaluated by a neuropsychologist trained in brain conditions, notes the Mayo Clinic.

However, further to that, you might undergo brain-imaging tests that may indicate a progressive loss of brain cells that is associated with Alzheimer’s disease, it adds. However, it’s difficult to distinguish normal brain cell decline with Alzheimer’s from scans, so it’s not normally used in the diagnosis, explains the source. Researchers are working on other methods to distinguish Alzheimer’s, such as using a scan that can detect an abnormal protein called tau, it notes.

Alzheimer’s is Only Properly Diagnosed After Death

Further to the last point about doctors being able to see the effects of Alzheimer’s on the brain tissue, this can only be confirmed after the patient has died, notes LiveScience.com. “Alzheimer’s can be diagnosed with complete accuracy only after death, when the brain is thoroughly examined during an autopsy,” it explains.

It notes a microscopic analysis of the brain tissue will reveal the “plaques and tangles,” which are the proteins we mentioned that are connected to Alzheimer’s disease. Until the patient passes away, doctors can rule out other causes, and can provide a diagnosis of dementia based on certain criteria. 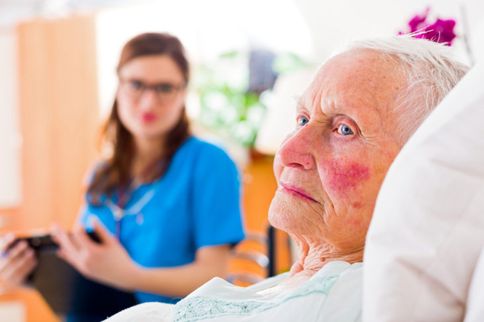 A post on the Journal of Neurology, Neurosurgery & Psychiatry explains that dementia with Lewy bodies, also known more simply as Lewy Body Dementia or LBD, that can cause sudden changes in behavior that are unlike Alzheimer’s.

While LBD patients also have abnormal protein clumps in their brains, the study detailed on the site mentions “fluctuating cognition in DLB had a spontaneous, periodic, transient quality,” compared to fluctuations associated with Alzheimer’s, which have a “more enduring state shift in the form of ‘good’ and ‘bad’ days.” 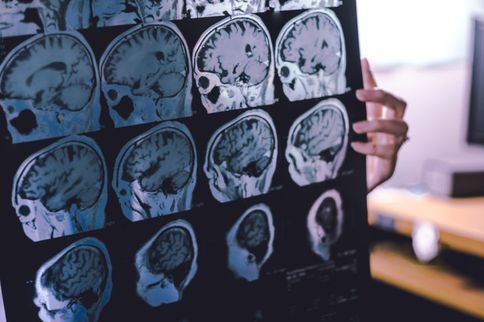 There are approved medications to lessen the symptoms of memory loss, but in the case of Alzheimer’s, it won’t save the patient. “In the case of most progressive dementias, including Alzheimer’s disease, there is no cure and no treatment that slows or stops its progression,” says the Alzheimer’s Association.

That being said, the source says drugs approved by the FDA for memory loss include two types of medications – cholinesterase inhibitors (Aricept, Exelon, and Razadyne) and memantine (Namenda) – to treat the cognitive symptoms of Alzheimer’s. The treatment administered depends on the stage of the disease. (For more information read about the Biggest Breakthroughs in Alzheimer’s Research). 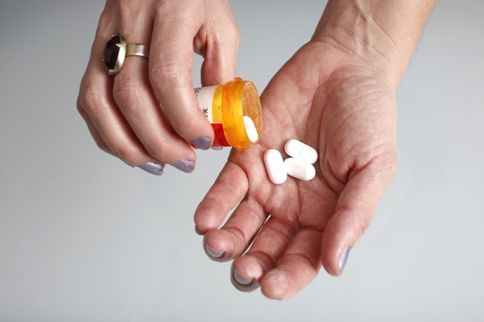 Jeff has more than 15 years of experience writing professionally about health, travel and the arts among other subjects. He continuously looks to improve his own overall health through exercise, diet and mindfulness. He is also a proud stay-at-home dad that loves taking photographs both professionally and as a hobby.