Skip to content
September 7, 2021 JR Leave a comment
Plus: How to protect your muscles as you age.

Fact: No matter how fit we are, our bodies will inexorably begin to feel the wear and tear of time. That means we're all more susceptible to aches, pains, and injuries as we grow older. The good news is that exercise helps, especially for older adults looking to maintain robust health, mobility, and independence for as long as possible. According to a study published in Sports Medicine, "most physically active elderly people are selected individuals with respect to their superior health and physical capacity compared with inactive persons of the same age, thus making it possible to further improve their physical capacity."

As long as older adults maintain a consistent exercise schedule, they're set for smooth sailing, right? Unfortunately, it isn't quite so simple. That same study continues by stating those over 60 "will, however, be affected by some of the drawbacks of physical overloading, mostly due to the diminished ability of aging body systems to adapt to high levels of loading. The safety margin of an exercise dose tends to decline with aging. Exertional injuries are common among the elderly, and are connected mostly with degenerative aging processes."

So, exercise for adults over 60 represents something of a double-edged sword. It's absolutely necessary, but it can also result in a number of nasty injuries if the proper precautions aren't taken. That being said, the question remains: What's the #1 injury older adults need to avoid in order to stay physically active for as long as possible? It just so happens to also be the most common. Read on to learn more about it—and for some exercises, you should definitely avoid as you get older, don't miss this list of The Worst Exercises You Can Do After 60. 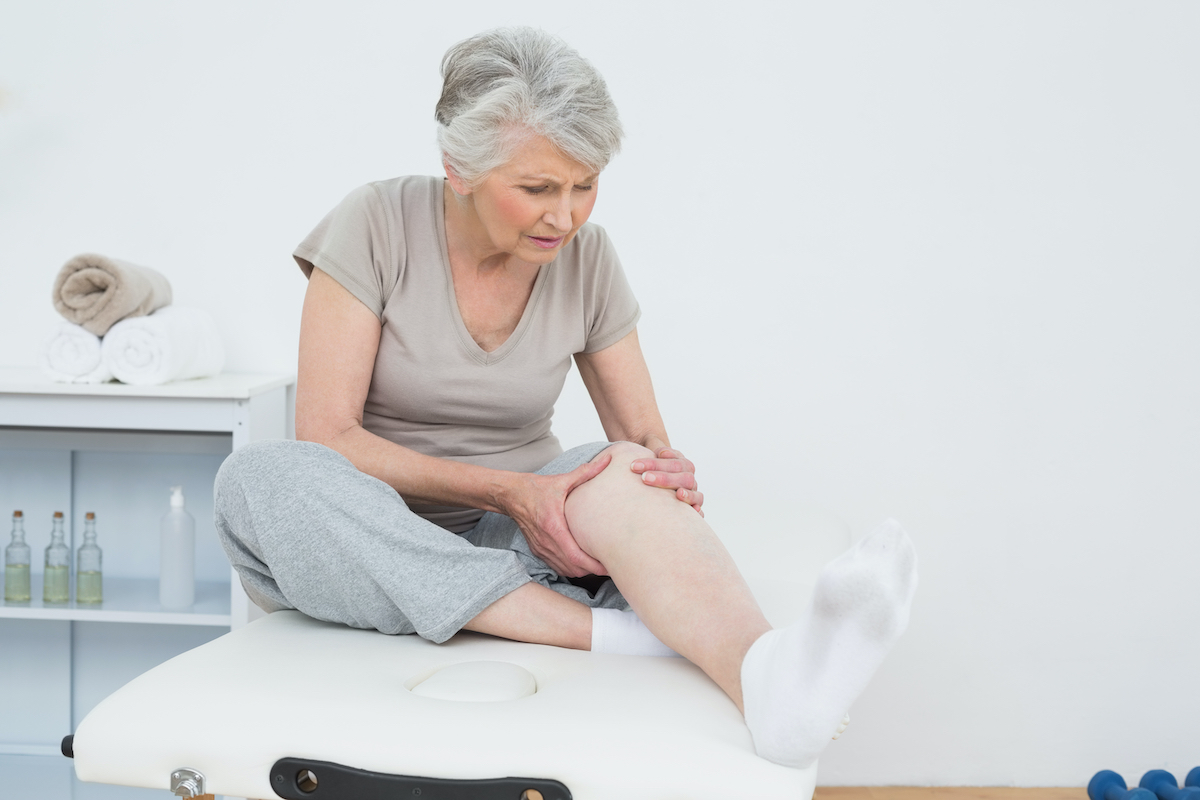 The study referenced above also concludes that muscle injuries are the most common health problem reported by older adults who exercise, particularly muscle strains located in the lower extremities (from the hips to the toes). This conclusion is reinforced by another research project published in BMJ Open, for which scientists tracked a group of older adults with an average age just under 70 years-old. Among those who suffered an exercise-related injury, 41% occurred in the legs and the most common injury-type was a muscle strain.

One may assume that study participants strained their leg muscles performing intense cardio or heavy leg lifts, but casual walking actually caused half of reported injuries. Making matters worse, 44% couldn't return to physical activity after hurting themselves, with some being forced to remain immobile for up to six months.

Some strains are more serious and damaging than others, but any muscle strain is going to be a bigger problem for older individuals. This research, published in the Journal of Sport Rehabilitation states "the secondary injury response to and recovery from "contraction-induced" skeletal-muscle injury are impaired with aging." And for more great exercise advice, don't miss The Secret Mental Trick for Getting a Lean Body, Say Experts. 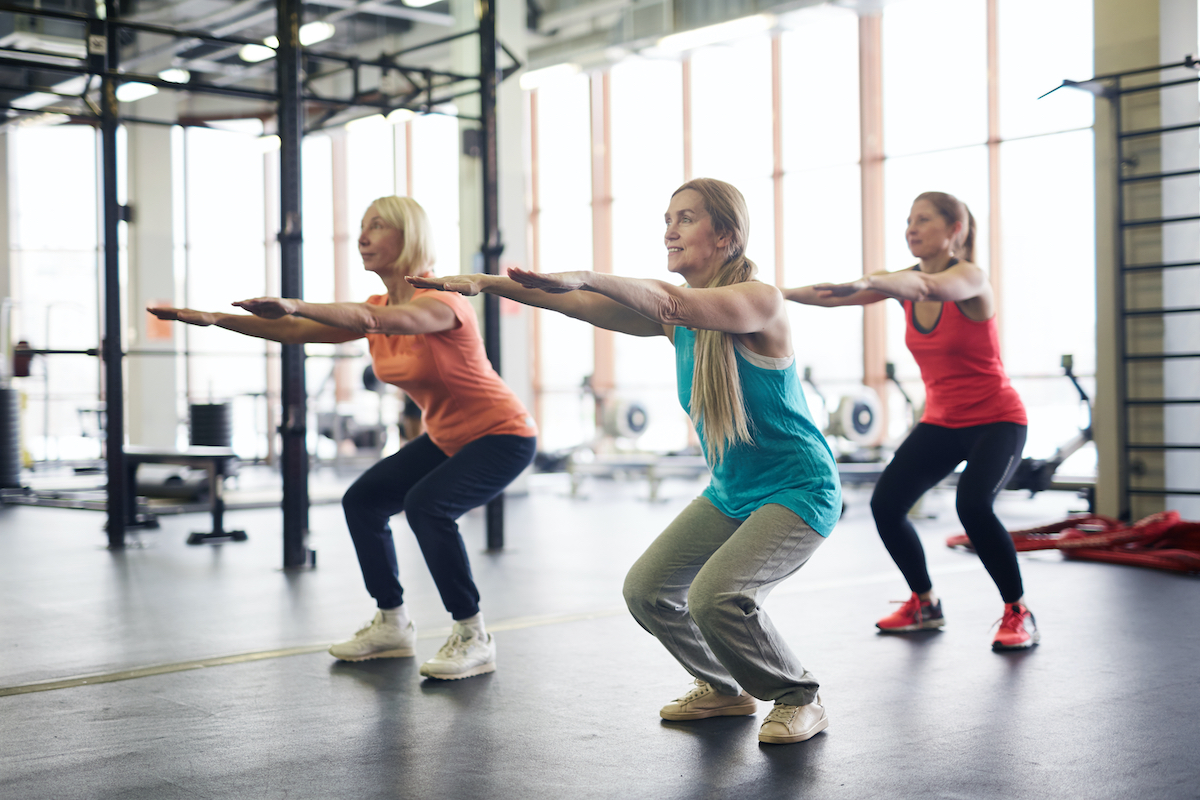 Research from Carnegie Science published in Nature Medicine uncovered that older muscles likely have such a tough time recovering after strain due to the deterioration of a specific protein over time responsible for maintaining muscle stem cells. When a young person injures a muscle, those stem cells kick into action and get to work. Older individuals don't experience as robust a response from their muscular stem cells. "Inefficient muscular healing in the elderly is a significant clinical problem and therapeutic approaches are much needed, especially given the aging population," says study co-author Chen-Ming Fan.

The potential consequences of a muscle strain

A longer road to rejuvenation for older adults following a muscle strain, especially in the lower body, can spell disaster for both mobility and independence. Besides the usual muscle strain symptoms including pain, swelling, bruising, and soreness, the Mayo Clinic reports these injuries can also result in muscle weakness and reduced range of motion.

Muscle loss with age, scientifically termed sarcopenia, is already a very common problem for all older individuals regardless of injury, as is reduced mobility to varying degrees. The National Institute on Aging reports older adults with limited mobility are less likely to live independently and are at greater risk of disease, hospitalization, and death.

Exercise is supposed to keep us young and agile. Well, for those over 60 a muscle strain from exercising may represent a potentially devastating setback that will leave the individual in worse condition and less capable of living the life they want than before getting off the couch.

How to avoid muscle strains

First and foremost, it's so important for exercisers over 60 to go at their own pace. Ideally we would all wake up each day and run a 5K, but taking one's time, building endurance and strength, and perfecting form will help older adults avoid muscle strains and other potential injuries.

It's also advisable to warm up and stretch before any exercise. "The purpose of a warm-up is to increase blood flow to the muscles, improve tissue elasticity and stimulate the nervous system," Lauren Shroyer, MS, ATC, and senior director for product development at the American Council on Exercise, tells AARP. "Think of it as slowly accelerating into your workout. A warm-up is important for avoiding injury, especially as we age and our soft tissue becomes less elastic."

It's also a good idea not to be shy about consulting a doctor. It may seem overly cautious, but even older adults without any nagging health conditions should seek out exercise advice before starting a new regimen. Finally, Shroyer suggests using exercise machines whenever possible. "When you use a machine, you're moving in a fixed range of motion and it's a lot harder to do it wrong. Your body is also fixed in a position that's biomechanically correct," she says. For more of the core exercises you should do, don't miss The Best Abs Exercises You Can Possibly Do After 60, Says Trainer.