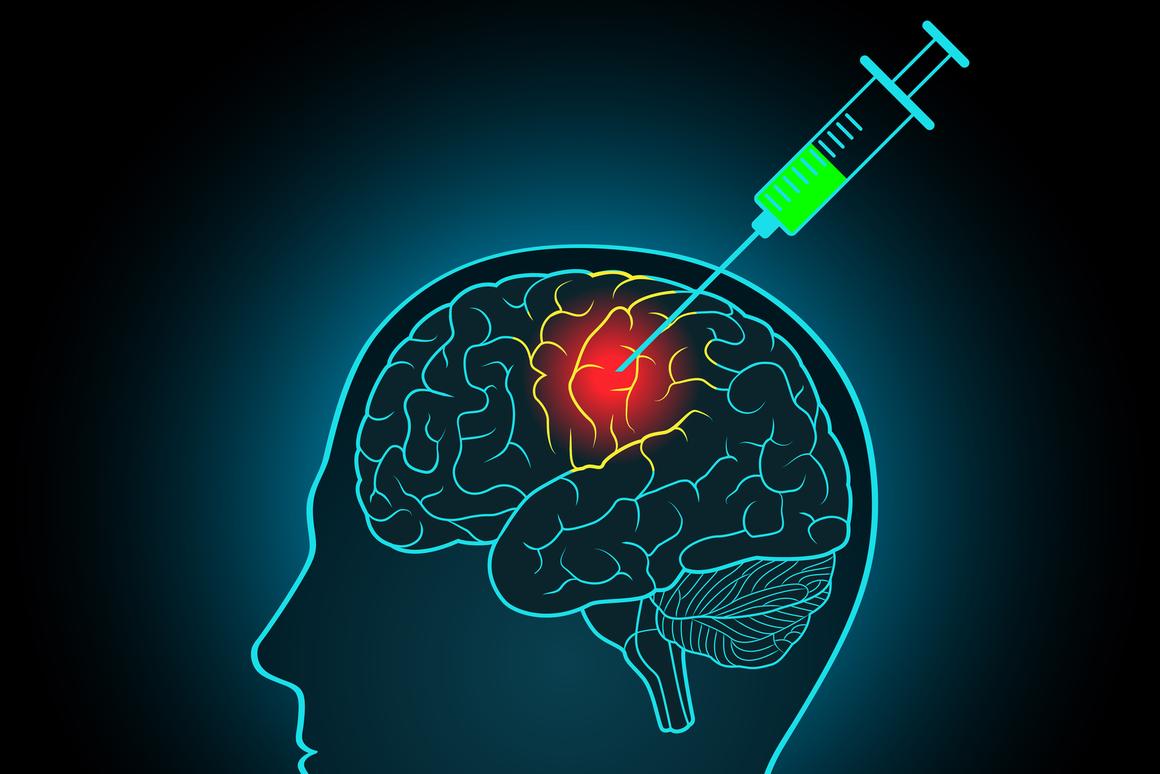 A potential dementia vaccine should move into human trials within the next 18 to 24 months
ValeryBrozhinsky/Depositphotos
A newly published study has described the successful results in mice of a novel vaccine designed to prevent neurodegeneration associated with Alzheimer’s disease. The researchers suggest this "dementia vaccine" is now ready for human trials, and if successful could become the “breakthrough of the next decade.”
The new study, led by the Institute for Molecular Medicine and University of California, Irvine, describes the effect of a vaccine designed to generate antibodies that both prevent, and remove, the aggregation of amyloid and tau proteins in the brain. The accumulation of these two proteins is thought to be the primary pathological cause of neurodegeneration associated with Alzheimer’s disease.

The research revealed the vaccine led to significant decreases in both tau and amyloid accumulation in the brains of bigenic mice engineered to exhibit aggregations of these toxic proteins. Many prior failed Alzheimer’s treatments over the past few years have focused individually on either amyloid or tau protein reductions, but growing evidence suggests a synergistic relationship between the two toxic proteins may be driving neurodegeneration. Hence the hypothesis a combination therapy may be the most effective way to prevent this kind of dementia.

This new treatment combines two vaccines, dubbed AV-1959R and AV-1980R, which are designed to respectively target amyloid and tau protein aggregations. The vaccine is formulated in a novel adjuvant called Advax, developed by a team of Australian researchers to enhance vaccine immunogenicity.

Advax has been developed by Nikolai Petrovsky, a scientist from Australia’s Flinders University who told ABC News Australia the new formulation offers the potential to act as both a preventative vaccine against the development of neurodegeneration, and a curative treatment in subjects already suffering from a build-up of these toxic proteins.

"In the animal models, we can both use it to prevent the development of memory loss by giving it before the animal starts to get these build-ups of proteins," says Petrovsky. "But we can also show that even when we give it after the animals have proteins, we can actually get rid of the abnormal proteins.”

Following many high-profile clinical trial failures of drugs designed to reduce amyloid protein aggregations in the brain, some scientists are looking to vaccine-based preventative measures in the battle against neurodegenerative diseases such as Alzheimer’s. The hypothesis is that preventing these toxic proteins from accumulating in the first place may be the most effective way to treat dementia.

Several vaccines are currently in development aiming to do just that, catching neurodegenerative disease at its earliest stages in middle age. Petrovsky suggests this particular dementia vaccine is on track to move into human trials within the next two years.

"It's an exciting time to be starting the new decade – hopefully this is the breakthrough of the next decade if we can get it to work in the human trials," Petrovsky says.

The new research was published in the journal Alzheimer's Research & Therapy.