By MANSUR SHAHEEN FOR DAILYMAIL.COM

A staggering number of nursing home residents are being given antipsychotics medication by facilities in order to cover up staffing shortages.

According to a bombshell report from the The New York Times, 21 percent of nursing home residents are on antipsychotics medications.

The drugs can be dangerous - especially for people with dementia - and increase a person's likelihood of dying from health problems or other conditions.

Dailymail.co.uk: News, Sport, Showbiz, Celebrities from Daily Mail
The report claims that nursing homes are often using these drugs to sedate residents in order to make up for deficiencies in staffing.

Misusing these drugs can cause a facility's reputation to fall, so in order to avoid officially reporting the usage of antipsychotics, nursing homes are resorting to falsely diagnosing residents with schizophrenia to dodge reporting regulations. 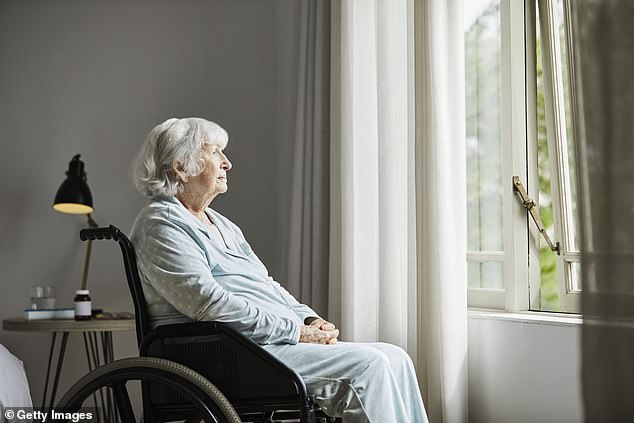 Around one out of every nine nursing home residents in America have been diagnosed with schizophrenia, while only one in every 150 people in the general population have the condition.

Nearly one-third of long-term residents diagnosed with the condition by nursing homes in 2018 have no record of previously being treated for the condition, according to a federal report.

The false diagnoses are a form of reputation protection for the nursing homes.

A home that distributes a high amount of antipsychotics drugs could garner a poor public reputation or rating from the government.

Nursing homes are rated by the government on a five-star scale, with a five stars being the best.

Facilities using a high amount of these drugs will see their rating fall.

Poor ratings would cause potential residents or their family members to instead seek care elsewhere.

Nursing homes have found a loophole, however.

The over-usage of these drugs can be hidden as those who receive medication for schizophrenia are not counted in official figures.

Regulators are 'concerned about this practice as a way to circumvent the protections these regulations afford,' Catherine Howden, a spokesperson for the Centers for Medicare and Medicaid Services (CMS) told The Times. 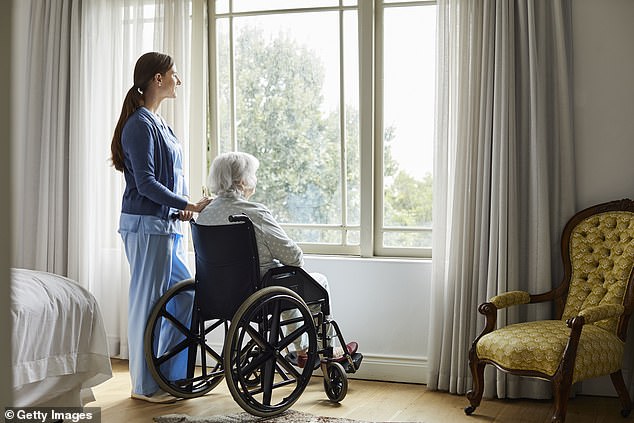 'It is unacceptable for a facility to inappropriately classify a resident's diagnosis to improve their performance measures.

'We will continue to identify facilities which do so and hold them accountable.'

The Times finds that, in total, around 225,000 nursing home residents are receiving antipsychotics medication, or 21 percent.

These drugs are extremely dangerous when misused.

Patients with dementia - which can often strike the elderly population of nursing homes -  have their risk of death from the condition nearly double if they are using these medications, though.

Nursing homes are pushed towards due to staffing shortages that plague the industry due to low pay.

The pandemic has especially created issues, with there being 200,000 less nursing home employees now than there were at the start of the pandemic. 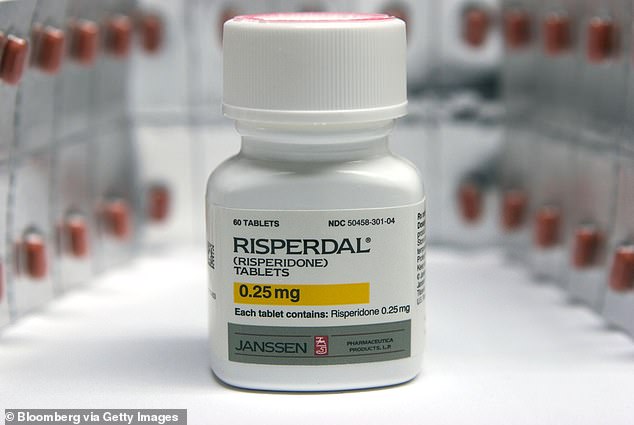 Nursing homes that distribute more antipsychotics drugs will receive a lower officials government rating, leading to less business from potential residents. This leads to them using fake schizophrenia diagnoses to cover up the usage of the drugs. Pictured: The antipsychotics drug Risperdal

Problems that arise from not having enough staff on hand can also cause a nursing home's five-star rating to fall.

Instead of shelling out more money to hire more staff, and retain them long term, many are turning to the cheaper option of sedating residents, according to the Times.

A sedated resident requires less care from employees, allowing the small amount of employees that are around to spread their time out more.

The issues then pile on to each other, and nursing home residents that need care day today to continue living a quality life are left taking dangerous drugs.