(CNN)Anyone who has had gum disease is probably familiar with the discomfort and embarrassment of poor oral health, such as bad breath, bleeding, discolored teeth and even tooth loss.
But gum disease, especially the more advanced type known as periodontal disease, can affect far more than our mouths. Periodontal disease is associated with a wide range of health conditions, including heart disease, stroke, diabetes and dementia, making the reduced access to dental care during the coronavirus pandemic a significant concern, dentists say. 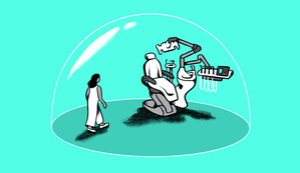 Getting to the dentist during a pandemic
A new study published Wednesday in Neurology, the medical journal of the American Academy of Neurology, has added to that body of knowledge. There is a link between stages of periodontal disease, which can ultimately cause tooth and bone loss, and mild cognitive impairment and dementia 20 years later, the study found.
"We looked at people's dental health over a 20-year period and found that people with the most severe gum disease at the start of our study had about twice the risk for mild cognitive impairment or dementia by the end," said study author Ryan Demmer, an associate professor at the University of Minnesota School of Public Health in Minneapolis.

Gum disease follows a progression. It starts with gingivitis, which presents with red, swollen and sensitive gums that may begin bleeding when you brush and floss. Left untreated, the damage will lead to early periodontal disease, where pockets containing tartar, plaque and bacteria form in the gums around the teeth, causing inflammation, decay and the beginning of bone loss. 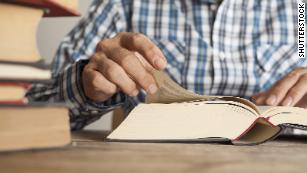 21 ways to reduce your Alzheimer's risk, backed by research
At this point, significant dental cleaning procedures done under anesthesia, such as root planing and scaling, may reverse the disease. If no intervention is done, the disease develops into advanced periodontitis, which can cause complete destruction of the tooth's bony support structure and eventual tooth loss.
close dialog
People with more advanced periodontal disease have been found to be at higher risk for cardiovascular disease, diabetes, stroke, chronic respiratory disease, pregnancy complications and dementia.
However, it's not clear whether periodontal disease actually causes dementia or other health problems. It could be explained by certain bacteria in the mouth -- the oral microbiome, Demmer said.
"The oral microbiome is central. My core hypothesis is that bacteria in the mouth that cause periodontal disease, are also a cause of systemic outcomes (cardiovascular disease, dementia etc.)," he said via email.
"We use periodontal measures in many of our studies because they are a surrogate marker of chronic exposure to adverse oral bacteria." 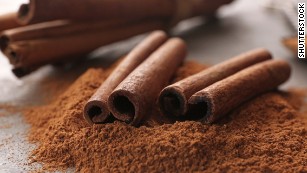 Cinnamon linked to blood sugar control in prediabetes, study finds
He said another possible link between periodontal disease and dementia was more indirect, with cardiometabolic diseases, like cardiovascular disease and diabetes, serving as the intermediary cause.
"There is a robust body of literature suggesting that chronic periodontal infections might contribute to insulin resistance, prediabetes, incident diabetes and incident stroke," Demmer said. "Accordingly, insulin resistance, diabetes and stroke are strong predictors of future cognitive decline."
While good dental hygiene is a "proven way to keep healthy teeth and gums throughout your lifetime," Demmer said his study only shows an association between an unhealthy mouth and dementia, and cannot prove any cause and effect.
"Further study is needed to demonstrate the link between microbes in your mouth and dementia, and to understand if treatment for gum disease can prevent dementia," he added.
The researchers tracked a total of 8,275 people for an average of 18 years. At the start of the study, the participants were assessed for mild cognitive impairment and dementia and undertook a full periodontal exam that included measuring gum probing depth, amount of bleeding and how much gums had receded. 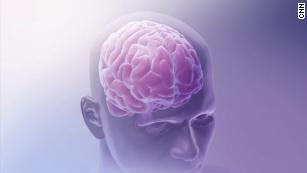 More than one type of dementia

Analysis of a smaller group of participants found that gum disease was related to both Alzheimer's and vascular dementia, Demmer said. 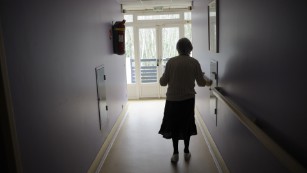 Alzheimer's blood test in your doctor's office closer to reality, studies say
Alzheimer's disease is the most common form of dementia, which is characterized by memory loss that gets worse over time. The condition is believed to be caused by a buildup of beta amyloid plaques and tau protein in the brain. So far, there is no cure for the disease.
Vascular dementia is caused by brain damage from impaired blood flow to your brain, which can affect executive functions such as reasoning, planning, judgment and memory.
One limitation of the study, the authors noted, was the fact that initial examinations were made when the participants had an average age of 63, and it's possible that cognitive decline might have begun before the start of gum disease and tooth loss.

For anyone concerned about their gum health, London-based dentist Dr. Richard Marques encouraged people to maintain regular dental checkups and see a hygienist for a deep clean. He said some dentists may offer video consultations or telephone support if you're unable or unwilling to go in person.

Most important, he said, was to take care of your teeth and gums to maintain your periodontal and body health for the long term. This should include brushing regularly, flossing (or use interdental brushes or a water flosser), using a fluoride or chlorhexidine mouthwash and keeping a low sugar intake (as the harmful mouth bacteria feed on sugar).