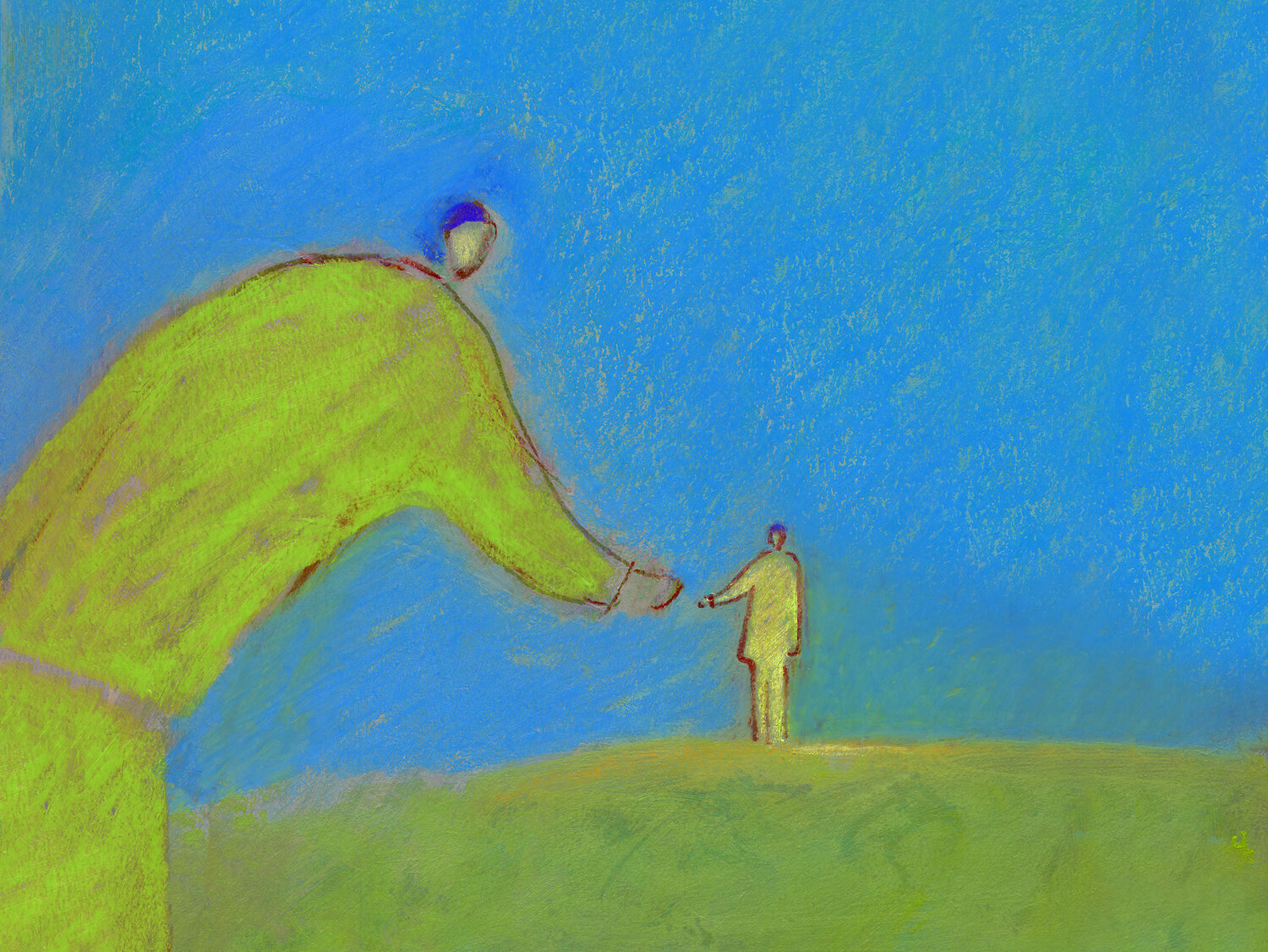 Remote work is not an option for home, health and nursing aides, who look after some of the most vulnerable, often themselves without health insurance and earning little.
Marie Bertrand/Getty Images

Shelly Hughes says three things are required to do her job: a strong back, a strong stomach and a big heart.

She's a certified nurse's aide at a nursing home in Washington state, which also means another requirement: To get her work done, she has to physically be there.

"You're helping residents that may not be able to dress themselves, feed themselves, toilet themselves," Hughes says. "The great stuff is that you get to know wonderful people. I have so many grandmas and grandpas now, let me tell you." 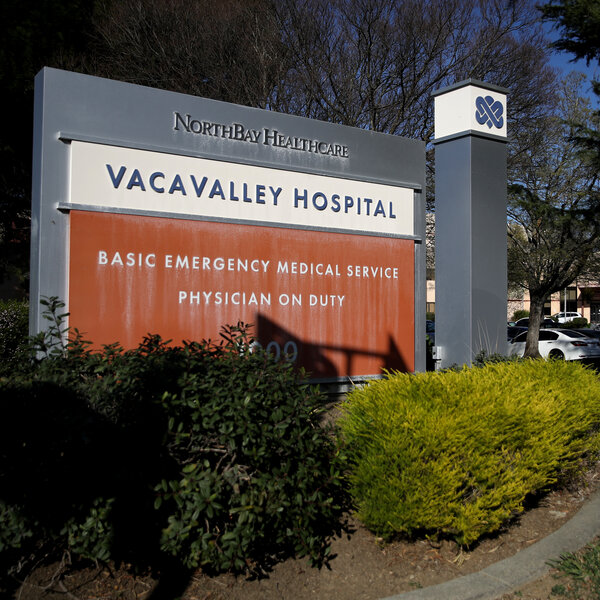 For many companies, the first call to slow the spread of the coronavirus is telling employees to hunker down and work remotely. But that's simply not an option for workers like Hughes — home or health aides, who look after some of the most vulnerable, sometimes themselves without health insurance and earning very little.

"We don't have the luxury of telecommuting," says Vanessa Jackson from Washington, D.C. She's a direct support professional who helps people with disabilities navigate everyday life, like paying bills, doing laundry and going to doctor's appointments.

The region has a severe shortage of workers like Jackson, says Danielle Darby, chief operating officer at Jackson's company, RCM of Washington. If many start to quarantine at home, "this could potentially be catastrophic," Darby says. 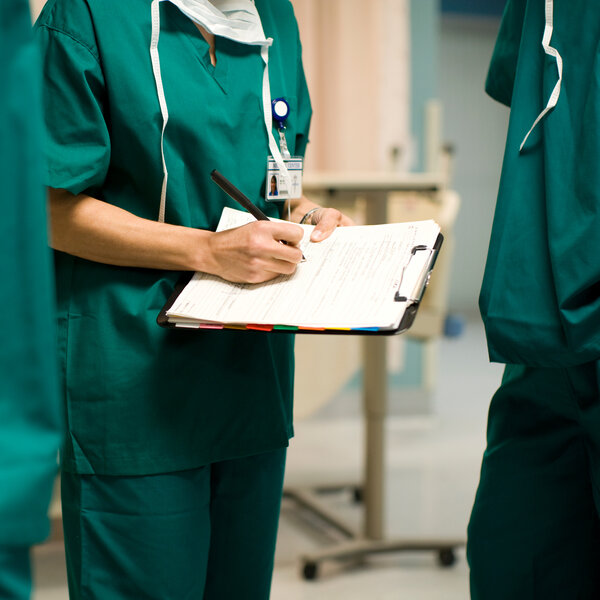 Shortages of professional caregivers are common across the country. Jobs for home, hospice and nurse's aides are growing fast and employ millions, but often pay minimum wage or just above.

She says her company offers a high-deductible plan, but many can't afford it. And she says her state has a shortage of certified nurse's aides — managers at her facility have been stepping in to fill the holes in the schedule. Hughes works the night shift alongside a nurse and a second aide.

"If one of us has a fever and is sent home," she says, "it's gonna be pretty hard to find somebody to come and work an eight-hour shift in the middle of the night." 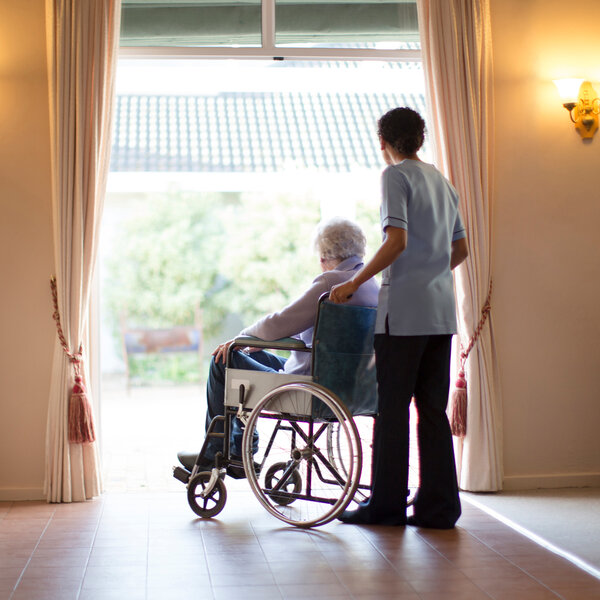 All caregivers who spoke with NPR walk a narrow line: They assure it's not time to panic and know they're trained for flu and other epidemics. But they're also preparing for a potential all-hands-on-deck situation.

Hughes works in Washington state, less than 100 miles from the nursing home — not too different from hers — that's an epicenter of a coronavirus outbreak. The illness is considered more dangerous to the elderly and has killed several residents. One of Hughes' best friends actually works there.

Hughes has already used up her sick leave on a recent bout of flu. She has some personal time off and vacation time, she says, "but it's not a lot."

Caregivers' access to sick time varies. Some states mandate that companies must pay their workers for time off, but most don't. Some agencies are flexible with paying for days off, others less so. Either way, missing a lot of work could spell trouble for workers. 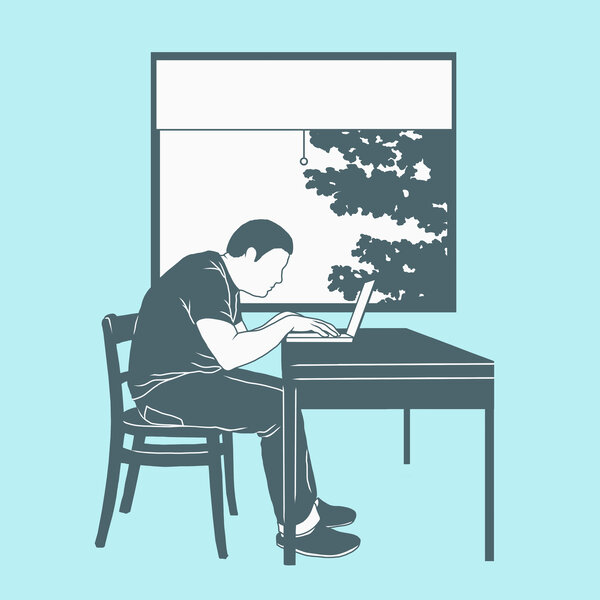 Laundry Between Emails: Working From Home Goes Viral In The Time Of Coronavirus

"It's pretty expensive to live in the Bay Area — and it would be a huge blow to my income," says California caregiver Sandra Mercado.

She says she gets a few sick days, but wonders if they would be enough. Her local agency Home Helpers has sent her lots of information about the coronavirus and has reassured her of a contingency plan.

"We're being much more vigilant, I think, about telling employees, 'Don't work if you're sick or you think you're sick," says Home Helpers Home Care CEO Emma Dickison, who's also board president at the Home Care Association of America.

Mercado knows it's the necessary call, but still worries about her clients that require help walking or even getting out of bed, who don't have family nearby — or at all. 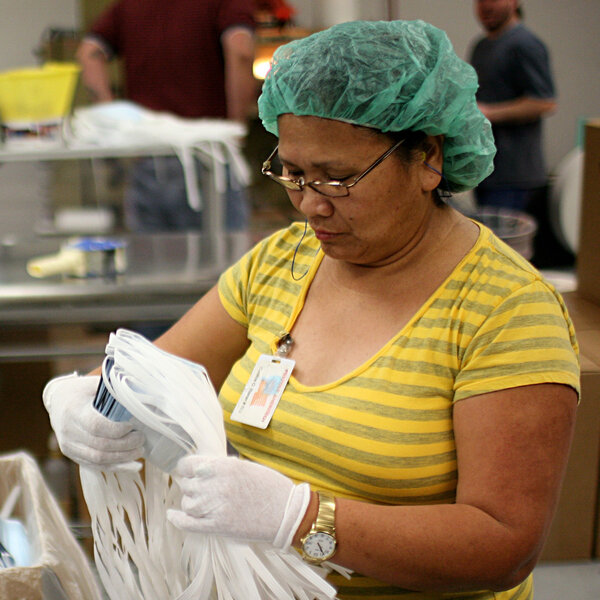 "If there's a quarantine, how do they survive?" Mercado says. "If we have to stay indoors for 14 days, who's going to help them?"

Izella Hayes, a nursing assistant at a nursing home in a suburb of Detroit, points out other, less tangible ways the caregivers look after their clients and patients.

"When they come in here they see our face, we become their family. And sometimes when they take their last breath, they see our face again," she says. "I've been here 25 years, it sure ain't for the money. I like to make people feel good. I sing to them. ... I just enjoy making people happy."

And that's another thing you can't really do remotely.