Mr. Karger did not know how to use items around the house, either. When he picked up a can opener, he would not realize it could remove the top from a tin. If he held a hammer, he might grasp it by the head, turning it around in his palm, not knowing he could swing it into a nail. His world was filled with incomprehensible items.

His wife, Sandy Karger, noticed other changes. When she told her husband about a family member who died, Mr. Karger laughed instead of comforting her. He tipped excessively, slipping $20 bills to strangers, because they reminded him of close friends. He fixated on obese people. “Look at that person, they’re really fat,” he would say loudly, in public. Overcome by impatience, he would push people ahead of him in line at the store. “Can’t you hurry up?” he’d yell. “Do you really need to buy that?”

In other ways, Mr. Karger’s mind was as sharp as it had ever been. He could remember upcoming appointments and recent dinners. He didn’t repeat himself in conversation. His long-term memory was at times better than Ms. Karger’s.

From the team at NYT Parenting: Get the latest news and guidance for parents. We'll celebrate the little parenting moments that mean a lot — and share stories that matter to families.

After two years of worsening symptoms, the Kargers found Dr. Murray Grossman at the University of Pennsylvania. Dr. Grossman is short and charismatic, a quick-witted Montreal native who has mentored me since I began training in neurology. For the past several decades, he has pioneered research on neurodegenerative diseases that change behavior and language. When he saw Mr. Karger in 2007, the diagnosis was clear within the hour: Mr. Karger had a type of frontotemporal dementia.

Frontotemporal dementia attacks people in their fifth or sixth decade, just as retirement comes within reach. Doctors believe the disease affects 60,000 people in the United States alone. Neurons in the front and side of the brain wilt, and along with them, images of peacefully growing old fade. Judgment and complex planning yields to chaotic disorganization. Inhibitions give way to impulsivity and hypersexuality, so that longtime faithful partners look to affairs and excessive pornography. Empathy turns to apathy. Obsessions and compulsions erupt. Language can become laborious; the meaning of words and objects can be lost, and fluent speech can dissolve into fragments of sentences with nonsensical grammar. Jarringly, memory remains largely untouched. Since brain areas that dictate personality are often the first to suffer, most people end up on a therapist’s couch long before finding their way to a neurologist.

In the throes of the disease, many families seek out others who might be experiencing something similar. “The support group is helpful, because this can be a very lonely thing,” said Ms. Karger, now 80, who is a co-leader of a support group for caregivers of those with frontotemporal dementia. She paused, then repeated, “it can be very, very lonely.”

When I visited Ms. Karger’s support group this spring, members shared practical advice. “I’m having trouble getting my wife to shower,” one man said, describing a common manifestation of apathy. “It’s been five weeks.” Another man said he gets his wife to bathe by putting her toe or finger under the faucet first, so the wetness doesn’t feel as foreign. A third person recommended giving up altogether in favor of dry shampoo and baby wipes.

A man asked about obsessions. With a tinge of humor, people recounted items their partners had fixated on: organizing glasses at a family wedding, aligning dirty dishes at Panera, fluffing pillows. “You could be bleeding to death, and all she’d want to do is rearrange the pillows,” another man said. 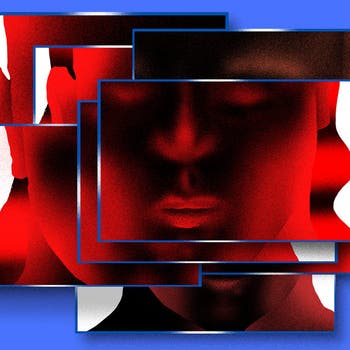 Our Hospital’s New Software Frets About My ‘Deficiencies’

A common theme emerged, of partners who become dependents, adults who become like permanent toddlers. I learned of the existence of adult teething toys. A woman complained that her husband, obsessed with putting things in his mouth, could chew through the toys within a day. He broke a tooth on a rock, she told us.

Sarcasm overtook the conversation when someone brought up social media. People admitted they become jealous looking at photos of “normal” couples on cruises and on the golf course. “Can they really be that happy?” someone asked. Many in the group are living an extreme case of “till death do us part.” They are alone but attached.

Today, there is new hope for people with Mr. Karger’s disease. “About a quarter of frontotemporal dementia cases are genetic,” said Dr. Grossman, who directs the University of Pennsylvania’s Frontotemporal Dementia Center. In frontotemporal dementia — in contrast to Alzheimer’s disease — we often know what gene is causing the condition and what toxic molecule is accumulating inside the brain. “This allows us to build rational treatments,” Dr. Grossman said.

This summer, the biotechnology company Alector announced early results for a drug that was given to people with frontotemporal dementia caused by mutations in a gene called progranulin. People with the mutated gene have abnormally low levels of progranulin protein, but those who received the drug saw levels increase to a normal range. Two more trials are underway for people with a different genetic mutation that causes amyotrophic lateral sclerosis (A.L.S.) but can also cause frontotemporal dementia. All three studies seem to validate an idea that has been bubbling up through the wider community of neurologists for several years: Molecularly targeted therapeutics may be the future of dementia care. Some neurologists wonder if dementia should be treated like cancer.

“Because frontotemporal dementia is often familial, we can get people into a trial before they have symptoms,” Dr. Grossman said. “By sequencing genes from a blood sample, we know which family members are probably going to get the disease. If we can slow down progression in those people, it’s virtually a cure.”

Yet the science arrived too late for Mr. Karger. His symptoms are too severe for current clinical trials, and he doesn’t have any of the mutations being studied at this point. For Ms. Karger, most days feel like a dress rehearsal for widowhood.

“I have to allow myself to be angry, not judge myself, and try to accept it,” Ms. Karger said. “My car has heard more curse words than you could imagine.”

People with frontotemporal dementia sometimes live a decade after their diagnosis, so caregivers experience years of progressive mourning. “This grief is not official,” Ms. Karger wrote in a speech she gave to fellow caregivers. “Casseroles do not appear at the front door, flowers are not delivered, condolence letters are not received.”

For now, the Kargers continue to see Dr. Grossman every few months in the office for symptom management, but they see him more often at the local farmers’ market where they all like to shop. Mr. Karger can no longer identify many of the items being sold. As part of his dementia, he developed an obsession with shiny objects and an uncanny ability to spot dropped coins. He collects them as they move from booth to booth. When he runs into Dr. Grossman, he shows off his findings. “If there’s a penny on the floor, he’ll see it,” Ms. Karger says. “You and I never would.”

Sara Manning Peskin is a fellow in cognitive neurology at the University of Pennsylvania. She is working on a book about molecules that hijack the brain.