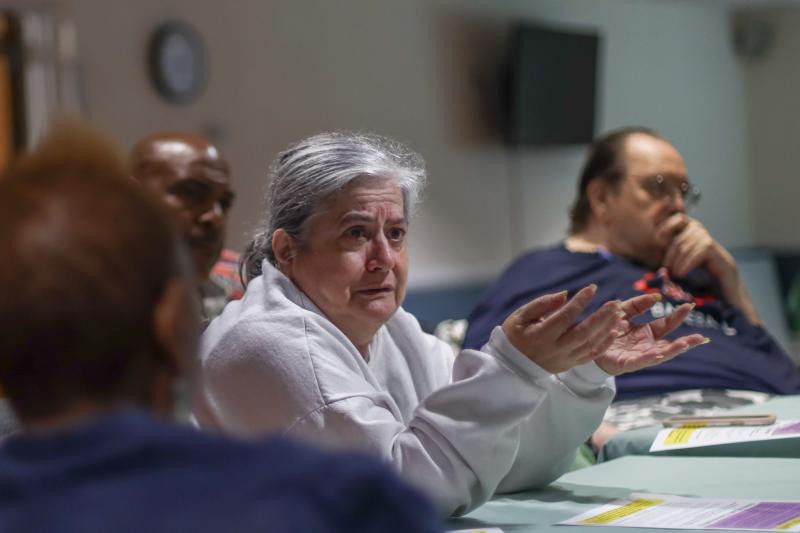 Margaret DeSousa, a resident at Kimberly Hall South nursing home in Windsor, expresses concern over the facility’s loss of some Medicaid funding.

Executives and labor leaders at a group of skilled nursing homes in Connecticut that are set to lose Medicaid funding plan to challenge the state’s decision — they said otherwise, their nursing homes face severe financial cuts.

“The state has been trying to change the way that long-term care is done, and they’re trying to incentivize home care,” said Jesse Martin, vice president of labor union SEIU 1199NE. “There’s still a vital need for nursing homes in our society.”

Martin met Thursday with state legislators, nursing home operators, residents and health care providers in Windsor at Kimberly Hall South, which is one of nine nursing facilities notified by the state last week of a decrease in its Medicaid reimbursement rates.

The legislature passed a law this year that allows the state to reduce Medicaid money to nursing homes that don’t maintain at least a 70 percent occupancy level. State officials confirmed that a total of about $6 million will be recovered or withheld from the nine nursing homes in a year.

At the same time, 205 out of the 214 operational facilities in Connecticut will get reimbursement increases for having high occupancy levels and good ratings under federal guidelines from the U.S. Centers for Medicare and Medicaid Services.

For Kimberly Hall South, which has a federal rating of 4-out-of-5 stars, it means a cut of about $750,000 in funding. The decreases started retroactively on July 1.

Margaret DeSousa, a resident of 14 years, said she worries about the nursing home closing because of the financial hit.

“What happens to me and others in other homes like this? That they close down and want to ship us to other facilities (that) are already filling up,” she said. “We can’t have home care because one, we can’t afford it. Two, if our family don’t want us, because they don’t want anything to do with us or they can’t do it, what happens to us?”

State officials from the Office of Policy and Management said changes to the reimbursement rates are part of a long-term plan to manage the future growth in demand for aging services, especially as the baby boomer generation gets older.

The state commissioned a report from Mercer Human Services Consulting that looked at trends and predictions on care for older residents up to the year 2040. The report projected a “major increase in demand for and use of home care provided through Medicaid” and a drop in demand for care in nursing homes.

An estimated 6,000 current nursing home beds in the state wouldn’t be needed by 2040, which is why state officials said Connecticut needs to start preparing now by shifting resources toward home care infrastructure and support.

“We need to ensure our policies and priorities address this excess capacity and meet this oncoming demand with a continuation and expansion of choices in the marketplace to reflect consumer trends and opportunities to leverage efficiencies in the spectrum of long term care,” Office of Policy and Management Secretary Melissa McCaw said in a statement earlier this month. 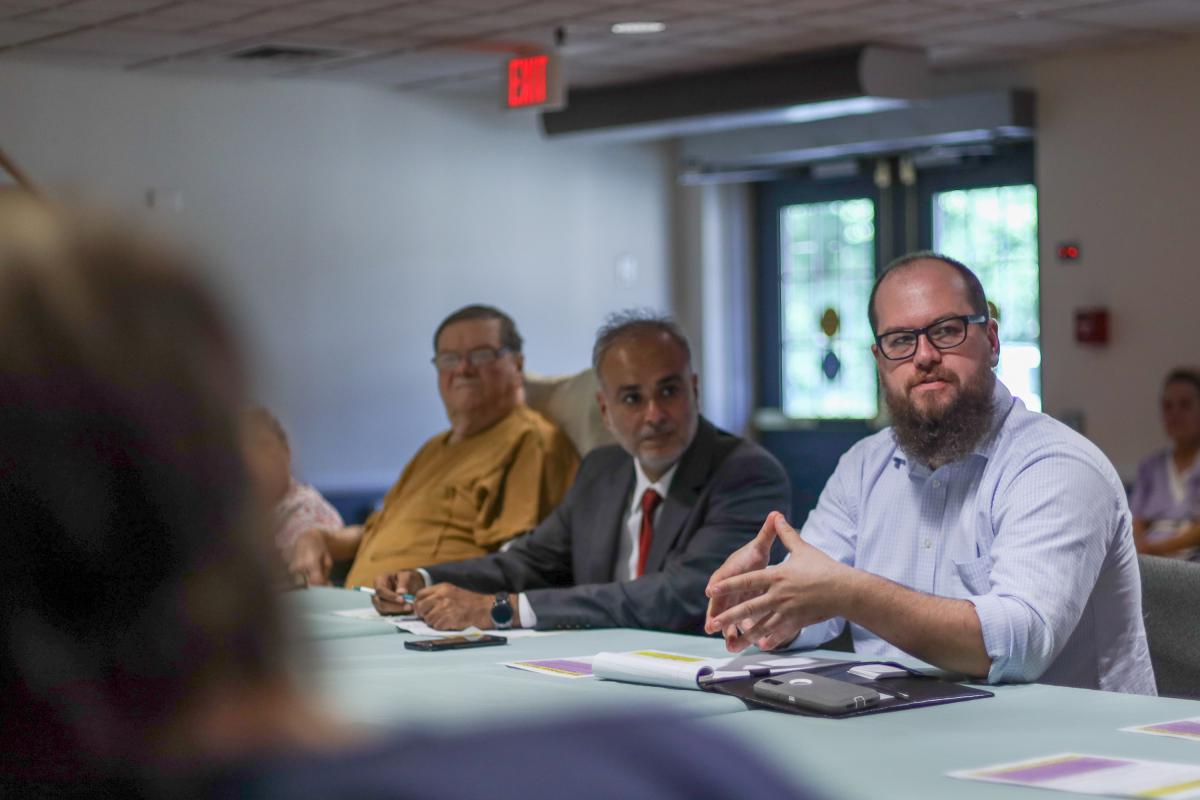 Thomas Russo, senior executive director for Genesis Healthcare, which owns five out of the nine affected nursing homes, said Kimberly Hall South is licensed to hold 180 beds. But over the years, the for-profit facility has eliminated some beds in order to create more private residences and specialty units.

For example, Russo said, “just four years ago, we took a whole 30 bed unit and transformed it into a very vibrant dialysis clinic here. We’re providing dialysis services for not just residents here in Windsor, but for residents throughout the state of Connecticut.”

Russo said if state officials visited to see how many beds really existed, they would have realized that occupancy is more than 70 percent.

State officials from the Office of Policy and Management said nursing home facilities will be able to appeal their reimbursement rates under several circumstances.

Several state senators and representatives at Kimberly Hall Thursday said they intend to meet with Gov. Ned Lamont’s administration and other legislators to address what they call an unfair oversight.