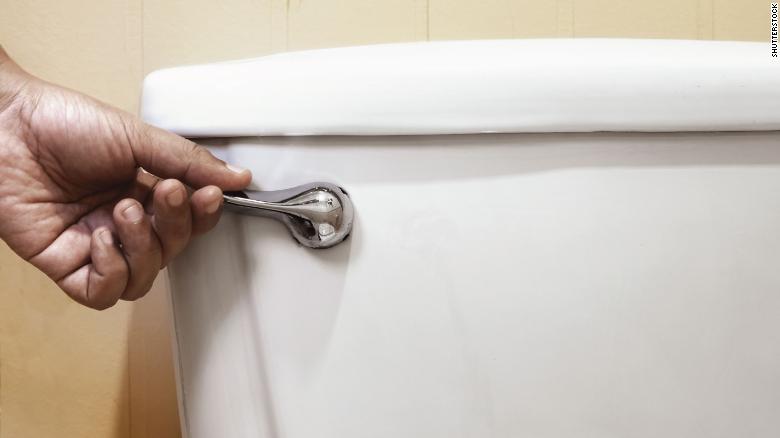 (CNN)Here's a good reason to put the lid down before you flush: a new computer modeling study shows how a flushing toilet can send a cloud of little particles containing fecal matter into the air -- fecal matter that could carry coronavirus.

Doctors have shown that coronavirus can live and replicate in the digestive system, and evidence of the virus has been found in human waste.
It's considered a possible route of transmission. Now a team at Yangzhou University in China has used computer modeling to show how the water from a flushed toilet could spray up into the air -- as high as three feet, they wrote in the journal Physics of Fluids.
"One can foresee that the velocity will be even higher when a toilet is used frequently, such as in the case of a family toilet during a busy time or a public toilet serving a densely populated area," Ji-Xiang Wang of Yangzhou University, who worked on the study, said in a statement.
Other studies have strongly suggested that norovirus, a common cause of vomiting and diarrhea, can be spread via flushing toilets.
In April, researchers suggested that toilets might provide a way for coronavirus to spread. 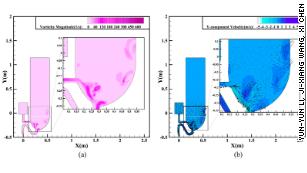 "Already, evidence of SARS-CoV-2 contamination of surface and air samples outside of isolation rooms, and experimental data showing that SARS-CoV-2 can live in aerosols for 3 hours, should raise concerns about this mode of transmission and prompt additional research," Carmen McDermott of the University of Washington School of Medicine and colleagues wrote in April in the Journal of Hospital Infection.
"Fecal shedding seems to occur in patients without gastrointestinal symptoms, which could enable asymptomatic individuals with no respiratory symptoms to be a source of fecal transmission," they added.
At least one researcher not involved in the study said it made some sense, even if it's theoretical.
"The viral load in fecal matter and the fraction of resulting aerosol containing the virus is unknown. Even if the virus were contained in the produced aerosols, it is unknown whether the virus would still be infectious; there is not yet clear evidence for fecal-oral transmission," Bryan Bzdek, an aerosol researcher at Britain's University of Bristol, said in a statement.
"The study authors suggest that whenever possible we should keep the toilet seat down when we flush, clean the toilet seat and any other contact areas frequently, and wash our hands after using the toilet. While this study is unable to demonstrate that these measures will reduce transmission of the SARS-CoV-2 virus, many other viruses are transmitted though the fecal-oral route, so these are good hygiene practices to have anyway."

HealthDeclining eyesight can be improved by looking at red light…