By Ryan Prior, CNN 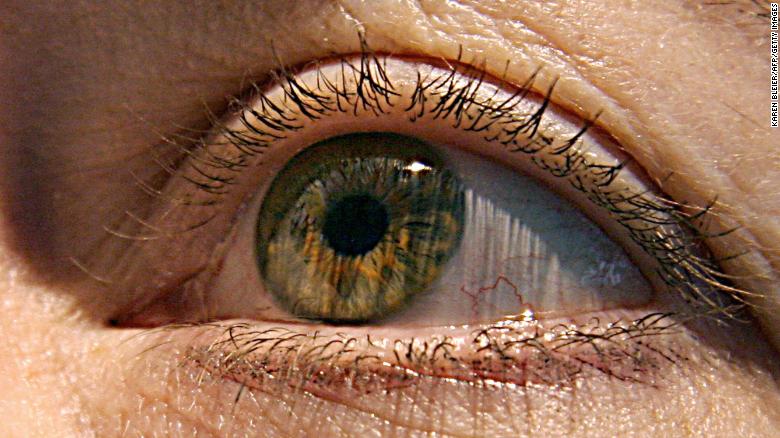 Red lights can help prevent damage to mitochondria in the retina, which leads to declining eyesight. (CNN)It will be as easy as brushing your teeth or shaving, and as long as future studies support it, it just might save your eyesight. A few minutes of looking into a deep red light could have a dramatic effect on preventing eyesight decline as we age, according to a new study published this week in The Journals of Gerontology.
If the results are replicated in future studies, and approved by the US Food and Drug Administration, the light could augur a new era in which millions of people have access to the easy home-based therapy. It would give them a new layer of protection against the natural aging processes that steal our eyes' sensitivity to light and ability to distinguish colors. "You don't need to use it for very long to start getting a strong result," said lead author Glen Jeffery, a professor of neuroscience at University College London's Institute of Ophthalmology.
The science works, Jeffery said, because the light stimulates the health of mitochondria, which are like batteries in our cells.
And because mitochondria are implicated in a broad range of diseases, insights like these could help lead to new treatments for diseases including Parkinson's and diabetes.

All it takes is a few minutes

The study was small, a pilot study to test the concept. Researchers recruited 12 men and 12 women, whose ages ranged from 28 to 72. Each participant was given a small handheld flashlight that emitted a red light with a wavelength of 670 nanometers. That wavelength is toward the long end of the visible spectrum, and just short of an infrared wavelength, which tends to be invisible to the human eye. They spent three minutes each day looking into the light over a period of two weeks.
The lights work on both cones and rods in the eye. Cones are photo receptor cells that detect color and work best in well-lit situations. Rods, which are much more plentiful, are retina cells that specialize in helping us see in dim light, according to the American Academy of Ophthalmology.
Researchers measured the cone function in subjects' eyes by having them identify colored letters with low contrast. And they measured their eyes' rod sensitivity by asking them to detect light signals in the dark. 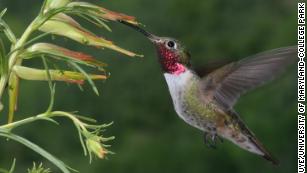 Hummingbirds can see an array of colors invisible to humans
There was a 14% improvement in the ability to see colors, or cone color contrast sensitivity, for the entire two dozen participants. Improvement, however, was most significant in study participants over age 40. For those ages, cone color contrast sensitivity rose by 20% over the course of the study. That age bracket also saw significant increases in rod threshold, which corresponds to the ability to see in low light. Study participants under 40 also experienced some improvement but didn't see the same jump as older subjects. Younger eyes haven't declined as much as older eyes."The retina ages faster than any other organ in your body," Jeffery said. "From an evolutionary perspective, we fundamentally have never lived past 40."
Now, of course, we regularly live well beyond that age and need ways to nurture the organs that for millennia have been the most likely to wear out earliest in life. 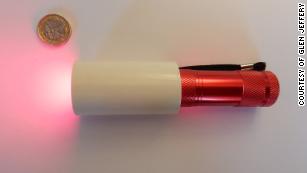 Researchers from University College London used small red lights like this one to stimulate retina mitochondria with the goal of stopping eyesight loss. Adults ages 40 and higher are are at the highest risk for eye diseases such as cataracts, diabetic retinopathy, glaucoma and age-related macular degeneration, according to the US Centers for Disease Control and Prevention.
These diseases can occur in young people but their prevalence increases with age. At the beginning stages, these conditions are treatable, although they can start creeping in before symptoms appear. That's why the AAO recommends increasing regular eye exams to every two to four years for people once they cross age 40, and to increase exams to every one to two years at age 65.
The CDC notes that the progression of these diseases can also be slowed by eating a diet rich in antioxidants and maintaining normal levels of blood sugar, body weight and blood pressure. If those indicators get out of normal range, they can further degeneration by breaking down blood vessels in the eyes, the American Heart Associations says.

It's easy and safe to use

This new study in humans builds on results in fruit flies and in mice, which also showed that red light could improve the functioning of mitochondria.
For instance, a 2015 study showed that near-infrared light could spur energy production, improve mobility and extend the lifespan of fruit flies. And a 2017 study of visible red light at the edge of infrared reported a 25% improvement in the functioning of retinas in mice.
Longer-term independent safety studies of red lights in humans would have to garner similar benefits for this method of eyesight protection to be approved by the FDA. If so, you'd still need to use a properly vetted product under a doctor's supervision. For example, while the laser pointers approved by the FDA for sale in the US don't cause eye damage, a 2018 case study in the New England Journal of Medicine outlined how a boy in Greece permanently injured an eye by pointing a green laser pointer into it.
One of the best assets of the red lights they used is that they are safe, Jeffery said. The researchers all tested the red lights on their own eyes before beginning the study and have found no ill effects. The research subjects in the study also reported no ill effects.
"If you use this every day, we have no evidence to say it's detrimental," Jeffery said. That fits with prior research, in which the safety of red lights has long been established, explained Dr. Raj Maturi, an associate professor at Indiana University School of Medicine."It would be a very easy pathway to FDA approval," he said.

But more studies are needed to prove it helps

Although these lights aren't harmful, Maturi wasn't ready to embrace the idea that they're incredibly helpful either. This pilot study lacked a control group of patients who could have been exposed to a dummy light that emitted, he noted. The results found in this small study of 24 participants might not bear out in the larger population. Of the subjects over 40 in this study, individual characteristics of a few of them would be enough to make the eyesight improvements look stronger than they actually are. 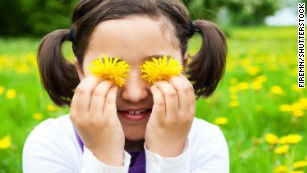 Outdoor playtime might help kids' eyesight
"The data set could be brought down by three or four subjects," he said.
And while participants improved in how they saw the blue color axis, Maturi pointed out that they didn't have statistically significant gains in how they saw the red color axis. To really test these insights, it'll take a double-blind controlled study with a larger group of subjects and longer monitoring over time.

LED lights could help with many diseases

LED lights work in this arena because of what scientists call the mitochondrial theory of aging, in that humans and animals age as damage accumulates in mitochondria and mitochondrial DNA. Therefore stimulating mitochondria to reduce damage is a way of slowing aging in general. Our retinas are chock-full of mitochondria — the highest concentration of mitochondria of any part of the body.
That's a main reason why Jeffery and his colleagues sought to test out the red lights in a specific area of aging such as eyesight decline. Mitochondria absorb longer wavelengths of light, making the near-infrared light their preferred choice to test. Red lights can improve function in a range of diseases, particularly in the mitochondria in those undergoing aging with conditions such as Parkinson's, he noted. "Every disease could have a mitochondrial angle," Jeffery said. "In diabetes, for instance, your mitochondria are very upset."
Each application carries that same human desire to fend off processes that are both natural and universal. "We're all going to suffer from aging. So let's try to go gently if we can," he said.