Reluctant to send their elderly parents to senior-living facilities, some homeowners are building properties equipped to house extended family

Theresa “Tree” Hale, a 70-year-old retired paralegal, didn’t particularly want to move from her home of 40 years. But in July, she and her husband, Ron Hale, closed on a newly built house about 20 minutes away in Tolleson, Ariz. Her motive: The home was builder Lennar Corp.’s Next Gen design, featuring a first-floor suite with its own bedroom, living room, kitchen and bathroom. It would be the perfect place for Ms. Hale’s mother, 95-year-old Thelma Hall Williams, to live.

“We did not want Mom in any kind of group home setting, especially because of Covid-19,” said Ms. Hale. When Ms. Williams, who only this year retired from a 72-year-long career in nursing, saw the new home “she said this was just good enough to give her sufficient independence, and me peace of mind,” Ms. Hale said. 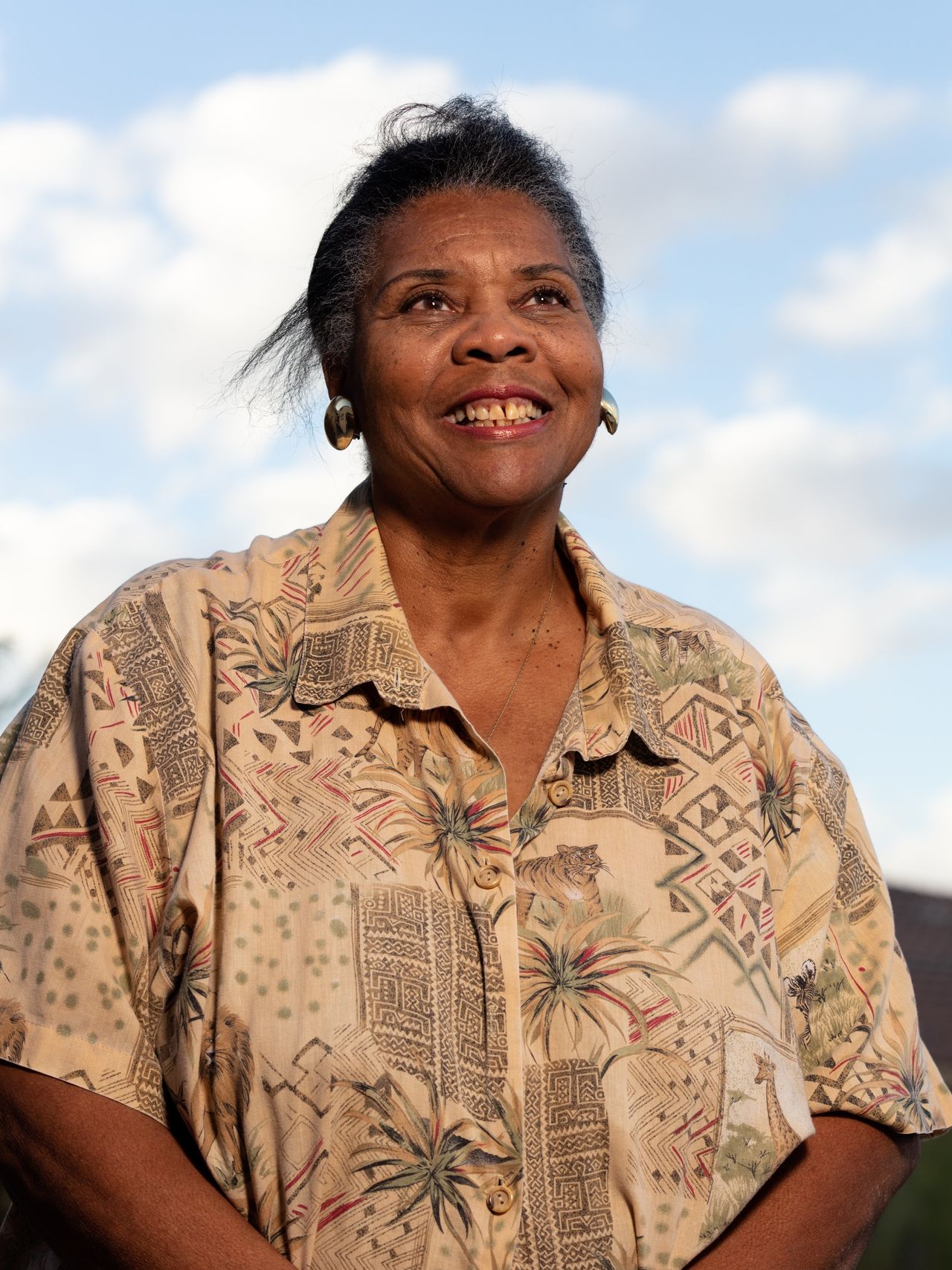 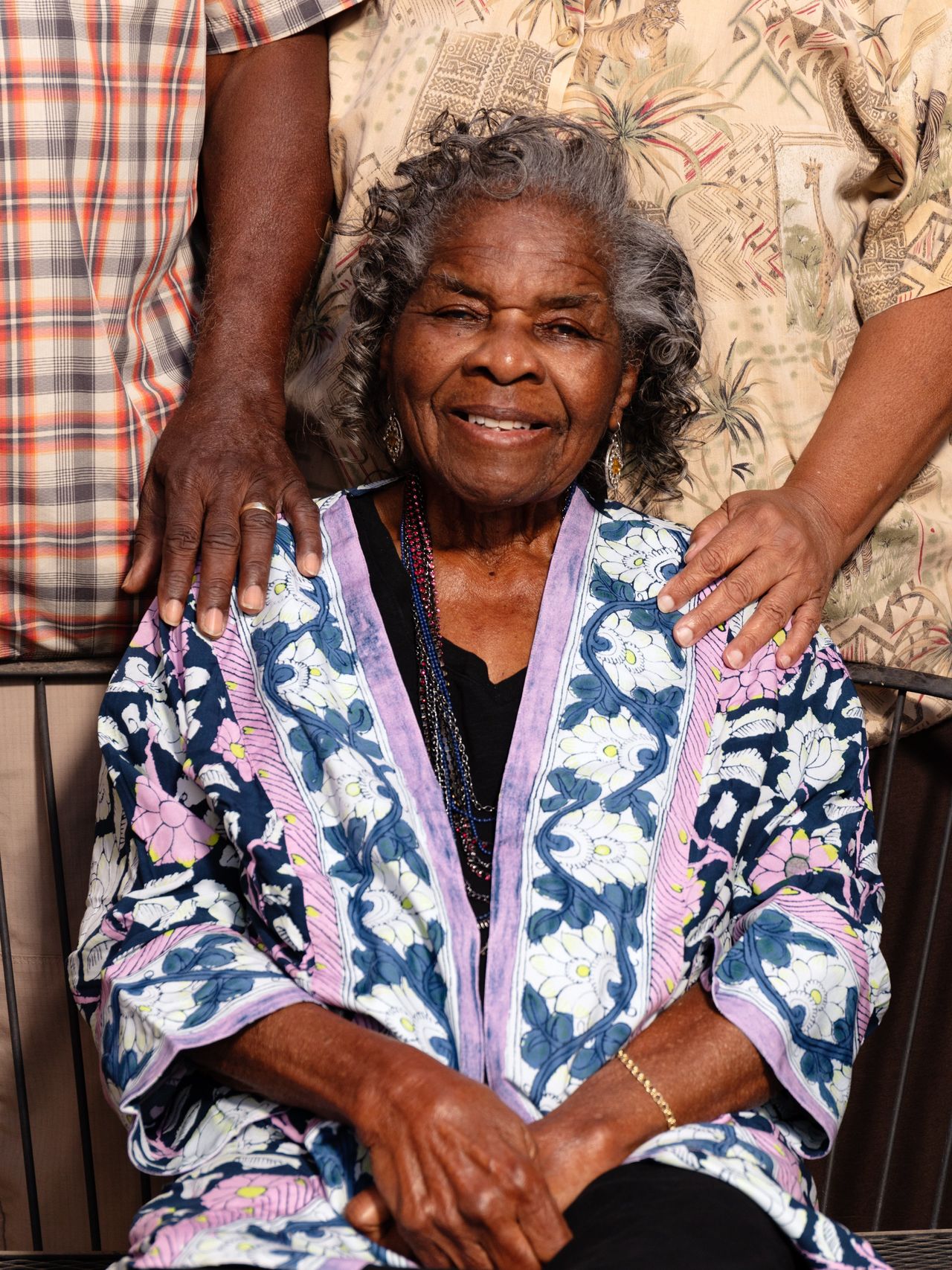 Theresa “Tree” Hale, 70, a retired paralegal, left, and her mother, Thelma Hall Williams, 95, who retired this year from a 72-year career in nursing.PHOTOS: CASSIDY ARAIZA FOR THE WALL STREET JOURNAL(2)

The Hale/Williams family is part of a shift that has emerged during the pandemic. It is a change that worries providers of traditional senior housing, but offers opportunity for other players.

Covid-19 has caused occupancy at assisted-living facilities and independent-living centers to slide by more than 2.5% in each of the last two quarters, the largest drop in occupancy on record, according to data from the National Investment Center for Seniors Housing & Care, a trade group for providers. The number of occupied beds at skilled-nursing properties has dropped even more, by just over 12% since the first quarter of the year, according to NIC.

Meanwhile, home builders are selling more houses designed for multigenerational living and rolling out more new designs for people who want their elderly relatives to live with them. Builders of accessory dwelling units—the technical term for backyard houses that can function as separate living quarters—say interest has exploded since lockdowns began.

What decisions have you had to make around living arrangements for older family members during the pandemic?

Miami-based Lennar Corp., which closed on roughly 51,000 homes last year, will likely increase its Next Gen home sales by more than 20% compared with last year, said Jon Jaffe. the firm’s co-CEO and co-president.

Over the past seven months, Toll Brothers has increased the number of homes that offer its MultiGen option by 12% when compared with the prior year, said Doug Yearley, chief executive and chairman. The luxury builder delivers over 8,000 luxury homes a year that sell for an average of $800,000, he said.

Ed Suchora, area president for the Sarasota Division of M/I Homes, which builds about 7,000 homes nationwide a year, said the company recently created a new floor plan that incorporates a separate, multiroom space into the main floor of the home to fulfill a variety of needs, ranging from housing for an aging parent to home-office or home-schooling space.

The plan has been a big seller in the company’s Woodleaf Hammock community within a master plan development called Lakewood Ranch in suburban Sarasota, Fla., where homes sell for between $400,000 and $800,000. In Rivo Lakes in Sarasota, a similar design has also been highly successful, Mr. Suchora said, selling for between $600,000 and $1 million.

Bruce Thompson, chief executive of Urbaneer, a company in Grand Rapids, Mich., specializing in compact living solutions, launched a prefabricated ADU line in January. The ADUs cost between $125,000 and $200,000, permits and construction included, Mr. Thompson said, and range from 399 to 1,200 square feet. So far, the company has shipped 10 units and fielded hundreds of inquiries, Mr. Thompson said.

The company will install an Urbaneer ADU on a property, charging an installation fee that depends on the customer’s lot and municipality; those costs may come in somewhere around $7,500 to $10,000, said Daniel Blumenkrantz, analyst at the Freehold, N.J.,-based company.

Then, the customer pays $2,000 a month for a minimum of five years; the company will remove the cottage when it is no longer needed.

On its website, the company calculates that a cottage plus in-home care can be cheaper than assisted living (a calculation that is, to be sure, highly dependent on individual circumstances and local costs).

“We’re hearing stories about how people went to visit their family members and couldn’t go into the facility and talked to them through the window,” said Mr. Blumenkrantz. “We figured there has to be a way around this.”

Ed Stevenson launched a prefabricated ADU company called SonderPods in March. The Novato, Calif., company has fielded 2,200 inquiries, has 21 projects under way and expects to deliver more than 52 in 2021, he said.

His ADUs range in cost, depending on size, permits and local conditions, he said. A client in San Jose is currently building a two-bedroom, 750-square-foot, solar-powered unit and spending $190,000, he said.

Carrie Shores Diller, co-founder of Bay Area-based architectural firm Larson Shores, created a division of her company in 2008 called Inspired ADUs that specializes in backyard cottages that serve elderly or disabled people. Before Covid, the division built about 11 of them a year in the Bay Area; currently, it has 62 under contract.

Ms. Shores Diller designed an ADU for Ravi Potharlanka, a 52-year-old telecom entrepreneur, that will house his mother, he said. Mr. Potharlanka will spend roughly $300,000 on a 600-square-foot house in his backyard in Danville, Calif. Ms. Shores Diller is also working on the design for a 570-square-foot unit for Keith Goodman and Margaret Phillips in Berkeley, Calif., which the couple, who are 55 and 57, respectively, will use for themselves.

Mr. Goodman, a retired hedge-fund manager, has leukemia and has been required to isolate himself from large gatherings for four years, he said. The pandemic has ratcheted up his need for social distancing, requiring Ms. Phillips to stop hosting her book club and to limit other interactions. That has made the need for a separate space more important during the pandemic, he said. They plan to spend about $360,000 on the ADU.

Inspired ADUs include features such as wider doorways that can accommodate wheelchairs, no thresholds that could cause someone to trip and no-glare lighting that is better for aging eyes, Ms. Shores Diller said.

James and Angel Johnson are in contract to have a house built for them and for Ms. Johnson’s mother, Sheila Carr, in Danville, Calif. The 6,000-square-foot house will provide Ms. Carr, a 60-year-old retired day-care director, with her own 450-square-foot bedroom with a sitting area and bathroom. It will also provide more space than their current home, and offer a place where they can work remotely and their two children can engage in distance learning.

The couple, both 39-year-old technology executives, declined to say what they are spending to build the six-bedroom house which they expect to be completed by late next year; Toll Brothers said their model starts at about $2.7 million.

The new home, with three distinct office areas, the private quarters for Ms. Carr, and a large yard, won’t only give each family member space, but opens up the possibility that Mr. Johnson’s parents—retirees who live in North Carolina—might someday be able to live in an ADU on the property, he said.

DESIGNING FOR THE AGES

1. No steps, transitions or thresholds

Even if today a step or two is no problem for the resident, with age can come problems with stability or balance, or the need for a walker or wheelchair. Entrances must be step-free and the floor smooth and uninterrupted between rooms.

Age can bring problems with bending over as well as reaching up. Ms. Shores Diller places electrical outlets 18 to 20 inches off the floor (they are more typically placed 12 to 15 inches up). Most shelves and cabinets, especially frequently used ones, are set within a 54-inch “reach zone” so that people with frozen shoulders or other mobility issues can access them comfortably.

Bathrooms may eventually need to accommodate a wheelchair, walker, care giver or a combination of the three. While tiny houses often have tiny bathrooms, Ms. Shores Diller’s ADUs have full-size bathrooms. She designs the shower flush with the floor and with a retractable glass door, so that it contributes to the floor space.

Eyesight can diminish with age. Natural light is the easiest by which to see, so Ms. Shores Diller makes sure spaces have lots of windows and sometimes skylights. When possible, these are north-facing because northern light is the softest and most consistent, she said. Units are also full of task lighting, where each workspace, such as a kitchen counter or desk, has dedicated lighting over it, which cuts down on glare and shadows.

Our eyes, as they age, lose the ability to differentiate planes; if the counter is the same color as the floor, it can be harder to see. Ms. Shores Diller picks combinations, such as white countertops and a gray floor, or tan counters and a dark brown floor. It doesn’t have to be as extreme as black and white, but white on white or dark on dark is out.

Write to Katy McLaughlin at katy.mclaughlin@wsj.com

Appeared in the November 13, 2020, print edition as 'These Homes Keep It All In the Family.'