Editor of the Money and Work channels for NextAvenue.org 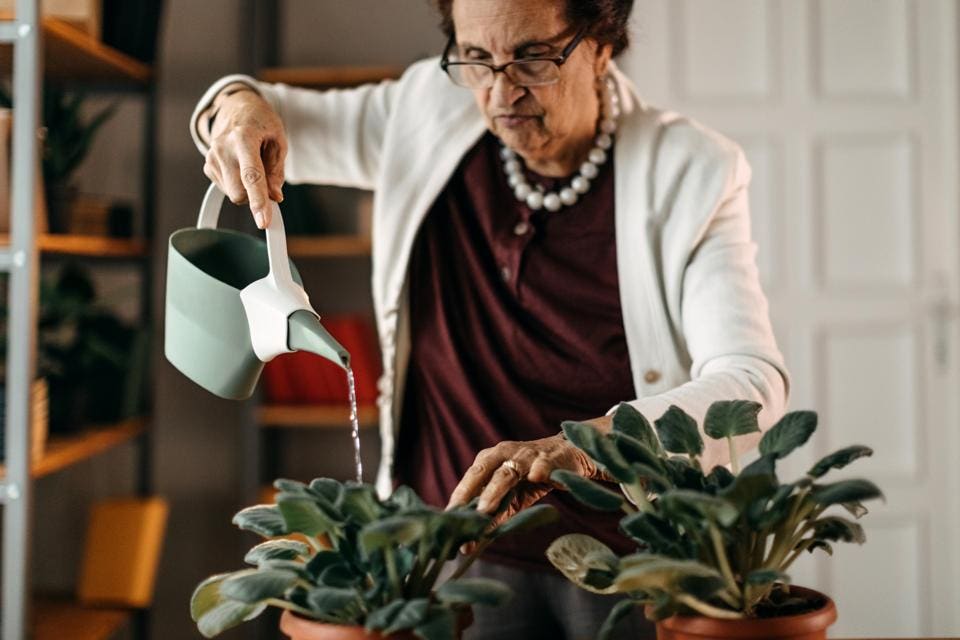 Aging in place is an appealing idea to many of us: the ability to continue living in the homes we cherish as we age into our 70s, 80s and 90s, rather than move. There are just two problems: many homes aren’t designed for health issues that can come with getting older and aging in place alone can be lonely. Have I got some ideas for you. Four, actually.

They’re the three winners and one honorable mention of the Innovation@Home contestfor smart, effective age-friendly housing practices around the world. (The National Association of Area Agencies on Aging also recently honored 48 programs that help older adults age in place, with its 2019 Aging Achievement and Innovations Awards.)

The Innovation@Home competition was conducted jointly by Grantmakers in Aging (a group for philanthropies who aim to improve the experience of aging) and the World Health Organization Global Network for Age-Friendly Cities and Communities. It was funded by the Robert Wood Johnson Foundation.

The idea: to find the best age-friendly housing innovations that could be implemented around the U.S. Clearly, there’s a huge interest — the Innovation@Home report was downloaded 1,200 times the first two weeks after it was released.

When the judges selected among aging in place entries from 15 countries, two winners came from Europe — the Home Refurbishment Program of Barcelona, Spain and the Aconchego home-matching program in Porto, Portugal. One winner, the No-Cost Building Permits program of Sausalito, Calif., and the honorable mention , CHORE Volunteer Handyman Service of Bergen County, N.J. are in the United States.

“People don’t want to be forced to go to someplace they’ve never lived in their life,” said John Feather, CEO of Grantmakers in Aging (and a 2016 Next Avenue Influencer in Aging). “And a lot of programs we saw emphasize that.”

Feather said he believes aging in place in the United States is developing rapidly around the world but added that “there’s still very far to go.” One reason: “Practically none of the people who do zoning have training in aspects of aging,” Feather said. “And traditionally, aging services agencies have not developed a willingness to talk to them on a systematic basis.”

Susan Mende, senior program officer at the Robert Wood Johnson Foundation, said the competition’s judges were “looking for approaches and programs that could be adapted and replicated somewhere else. The question they asked was: ‘Is this a one-off or can it go to scale?’”

Here’s a bit about the three Innovation@Home winners and the honorable mention:

Sausalito is a gorgeous, quaint seaside community just over the Golden Gate Bridge from San Francisco; 34% of its residents are over 60. But since many Sausalito homes are multi-level and built on a steep hillside, they can be difficult for older inhabitants and can lead to falls.

So, Age Friendly Sausalito, a volunteer group of older residents, worked with municipal officials, to create The Age-Friendly Home Adaptation Grant program in 2018. It lets Sausalito homeowners age 60 and older (or younger ones with a disability) get free or reduced-cost building permits for projects of up to $10,000 to improve the safety and accessibility of their residences. The program has been so successful, all California cities and counties can now waive building permit fees for this purpose.

“For a $2,400 construction job putting in a ramp or a chairlift, you might save $800,” said Sybil Boutilier, chair of Age Friendly Sausalito. “One person said, ‘I was thinking I would have to leave. There are so many entry stairs in my home. I was able to put in a ramp and handrail and make my bathroom more accessible. It really made a huge difference.’”

This program in the university town of Porto matches residents age 60 and older who have extra room in their homes with students ages 18 to 35 who need a place to live. The older people get

companionship; the students get free housing. Nearly 400 people have participated in the Aconchego Program since it was launched by Porto City Hall and the Academic Federation of Porto in 2004.

“Social isolation and loneliness is a very big issue for many older people around the world, including in the U.S., and it’s tied to ill health,” said Mende. “At the same time, housing can be expensive in university towns. Lots of students in Porto had trouble finding places they could afford.”

Here, the most vulnerable people age 65 and older in the Barcelona region (other than the city of Barcelona itself) can get non-structural home repairs, mostly in bathrooms and kitchens.

The Barcelona County Council coordinates and finances projects and works with a private firm to manage the construction. Roughly 10,500 people have been helped since the program began in 2009.

“Sometimes, it’s just a question of getting someone in to fix that broken step or that cracked tile or that broken light that a person can’t reach,” said Mende. “That can make a big difference to being safe at home.”

What’s more, most of the crew volunteers in this 42-year-old program are retirees. Some are skilled and a lot “are home tinkerers” said Lynne Algrant, CEO of Bergen Volunteers.

“There is something about seniors helping seniors that is very special about this program,” noted Algrant. “There’s a really charming sensitivity on the part of the volunteers about making a visit and puttering around and asking how folks are.”

CHORE charges clients for parts, if the residents can afford it, but not for labor.

“We’ve done a couple of thousand grab bars,” to help people maintain balance and grab onto in case of a fall, noted Michelle Ogden, CHORE’s director. “We can change light bulbs. We also do banisters and light electrical work and light plumbing work. It’s really a relief for seniors to get a service call. An electrician or plumber is outrageously expensive.”

CHORE estimates clients save an average of $500 by using the service.

Kimberly Malone, director of Bergen Volunteers, recalls a client who said CHORE had been coming to her home for 20 years. The woman said, “My children sometimes want me to transition [to another place], but this is my community, and this is what I know,” noted Malone.

I'm the Senior Web Editor of the Money & Security and Work & Purpose channels for Next Avenue, a new site for people 50+ from PBS. I have helped people manage their finances and careers as a writer and senior-level editor at Money, Yahoo, CBS MoneyWatch, USA Today, and Good Housekeeping. I'm proud to say that I began investing in a 401(k) the minute I was eligible and started stashing money away for college as soon as my two sons were born. But, like many people, I wish I had saved even more for my eventual retirement. Follow me on Twitter @richeis315